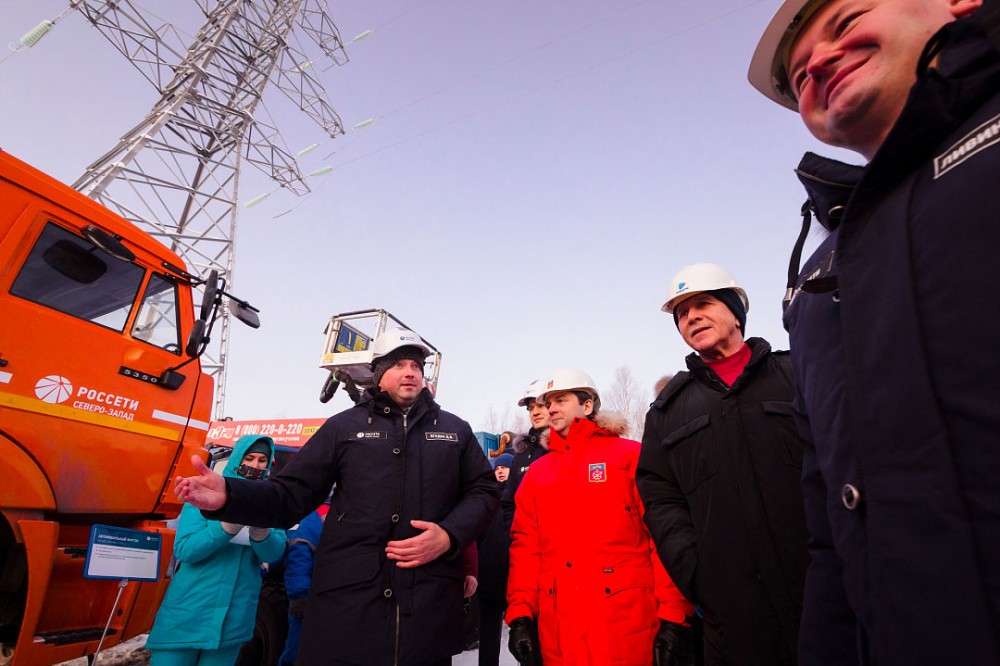 Leonid Mikhelson and Andrey Chibis this week officially opened a new 150 kW power line to the western side of the Kola Bay. Photo: gov-murman.ru

A 56 km long new power line has been built to Novatek’s major plant on the coast of the Kola Bay.
Read in Russian | Читать по-русски
By

The plant in Belokamenka few kilometers away from the city of Murmansk will have a major need for electricity. This is the place where natural gas company Novatek will build the platforms that are to produce millions of tons of LNG in remote Arctic locations.

The new 56 km long 150 kW power line has been built by company Rosset. In addition, a comprehensive reconstruction of existing adjacent grids have been completed, the regional government of Murmansk informs.

«This marks a new stage in regional development,» Governor Andrey Chibis underlined in a ceremony on site this week. «The powerful energy system that is developed on the western shore of the Kola Bay will provide not only Novatek, but also other consumers, with necessary power,» he said.

The new plant that has been under development in Belokamenka since mid-2017 and the first parts of the facility is believed to be completed.

A series of gravity-based installations are to be produced on site and subsequently towed to production sites in peninsulas of Yamal and Gydan. The installations will be more than 300 meter long, 150 meter wide and 70 meter high. The first ones built will be applied in the Arctic LNG-2 project. But several subsequent projects will come, Novatek leader Leonid Mikhelson confirmed in the ceremony this week.

«Novatek has carried out a huge project, the Yamal LNG, and there will be a number of this kind of project, and the base for ten all will be created here, in Murmansk Oblast,» the powerful company leader said.

«We have come here not for one or two years, but for a lifetime,» he underlined.