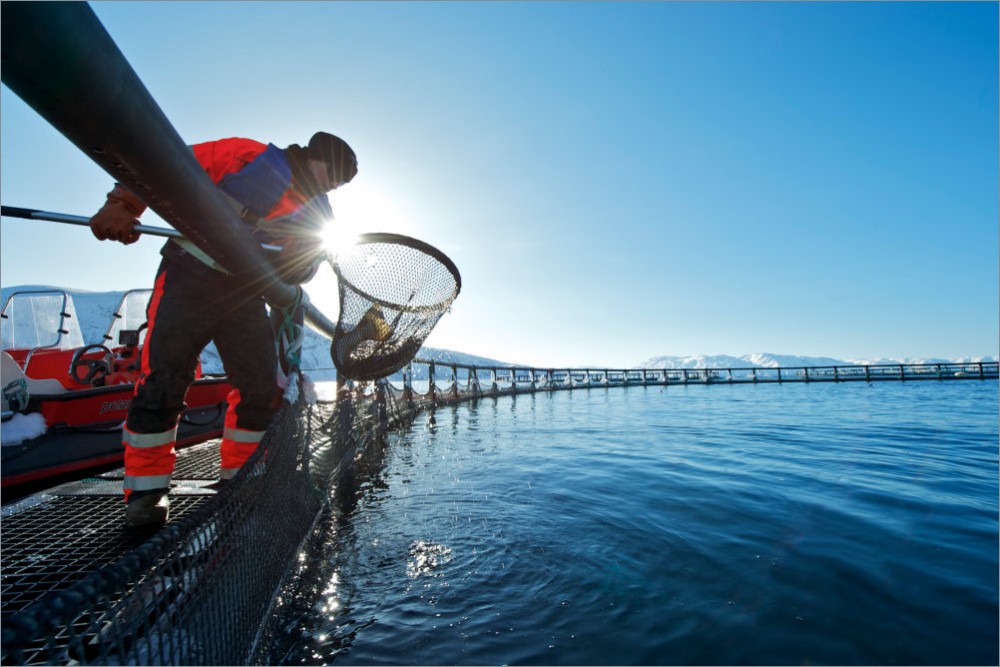 In volums, the seafood export corresponds to 25,000 meals per minute, or 36 million meals every day.
Read in Russian | Читать по-русски
By

Salmon was by far the most important species exported from Norway last year, amounting to 1,1 million tons with a value of 72,5 billion kroner (€7,36 billion), an overview from the Norwegian Seafood Council shows.

“The weakening of the Norwegian kroner and increased demand for Norwegian salmon are the two main reasons for the increase in value 2019”, says Paul T. Aandahl, Seafood Analyst with the Norwegian Seafood Council.

Salmon farmed along the coast of Norway is sold globally, but 2019 became the year when Norwegian salmon came back to the Chinese market after years of troubled business relations between the two countries.

Salmon, though, are still banned from direct export to Russia, although some are shipped via Belarus to avoid the counter-sanctions imposted by Kremlin on seafood from Norway.

“In addition to a weak Norwegian krone and improved market access, we have seen a rise in prices for several of our most important commercial species. In sum, this has led to strong demand and higher prices for Norwegian seafood,” says Tom-Jørgen Gangsø, Director of Market Insight and Market Access at the Norwegian Seafood Council.

Aquaculture represents almost half of the volum exported.

After salmon, trout was the second major fish species, also that farmed.

For the fishery sector, excluding aquaculture, cod is the largest species in terms of value. 181,000 tons were exported in 2019, with a value increase by 7% compared with 2018.

The European Union is still the largest market for Norwegian seafood, and among the EU’s member states, Poland tops the list by buying for 10,6 billion kroner (€1,08 billion).