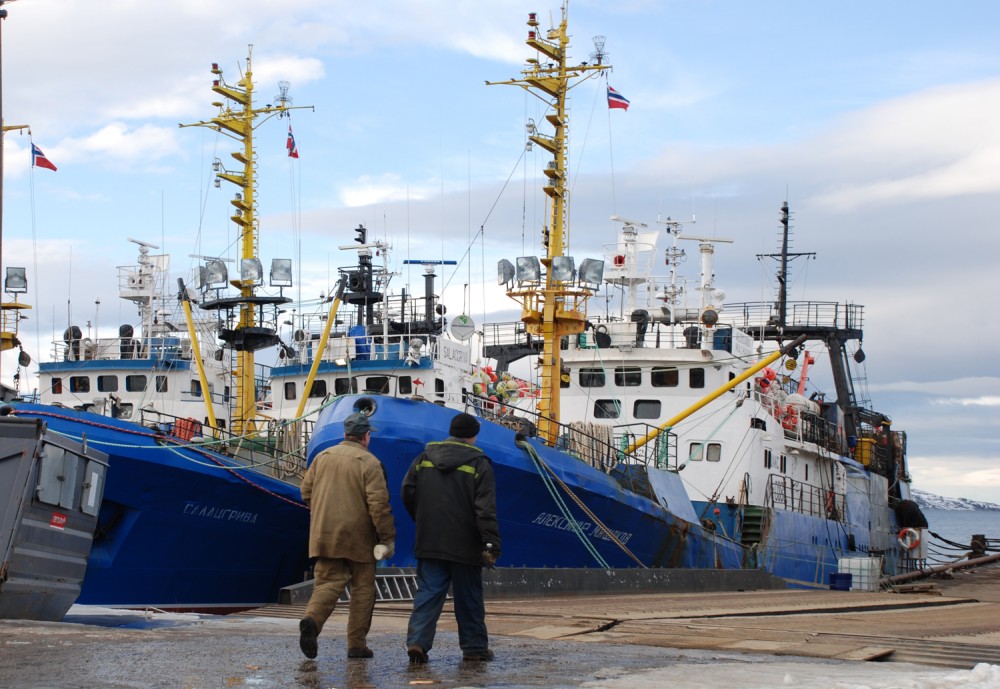 90% of Russia’s fisheries in European Arctic waters are done by 80 vessels bought or repaired abroad. For customs reasons, they can’t make port calls to Murmansk.
Read in Russian | Читать по-русски
By

The quarantine rules were introduced as a measure to slow the spread of the coronavirus.

Russian vessels are allowed to make port calls in Norway. But in the northernmost region, Finnmark on the coast to the Barents Sea, the regional police have decided that the crew can no longer have shore leave. And they can’t have any contacts with harbor workers or others.

Consequently, crew change with fishermen bussing from Murmansk via the land border to Norway and disembarking crew heading from a port in northern Norway to Russia is practically impossible.

Head of the All-Russian Association of Fishery Enterprises, Entrepreneurs and Exporters, German Zverev, says a series of “urgent measures” have to be taken to support the fishing industry, information agency RBC reports.

The challenge today is that vessels bought or repaired abroad have to go through a full customs clearance if they make a first port call to Russia. Such custom clearance costs about $650,000 and takes an average of ten days.

This is the main reason why Russian ship owners chose to do the crew change on the Norwegian side of the border, like in Kirkenes or Båtsfjord, two ports that are in driving distance from Murmansk where many of the fishermen live.

Even a temporary import of a Russian owned fishing vessel to Murmansk takes three days of customs work and cost about $50,000, German Zverev says to RBC.

Fishermen stay at sea for a three months period, and for most of the ships, this work-shift period that started after Christmas is now coming to an end.

As the ports in northern Norway have coronavirus quarantine restrictions, a consequence could be a stop in the fisheries in the Barents Sea, the Russian fishery association writes in an urgent letter to first-deputy prime minister Andrey Belousov.

The fishermen fear they may lose cash worth 70 billion rubles (€815 million) if the coronavirus regime at the ports in Norway will last until May.

The catch in the northern basin counts for 20% of Russia’s total catch and 40% if measured in value, Zverev explains in the letter.