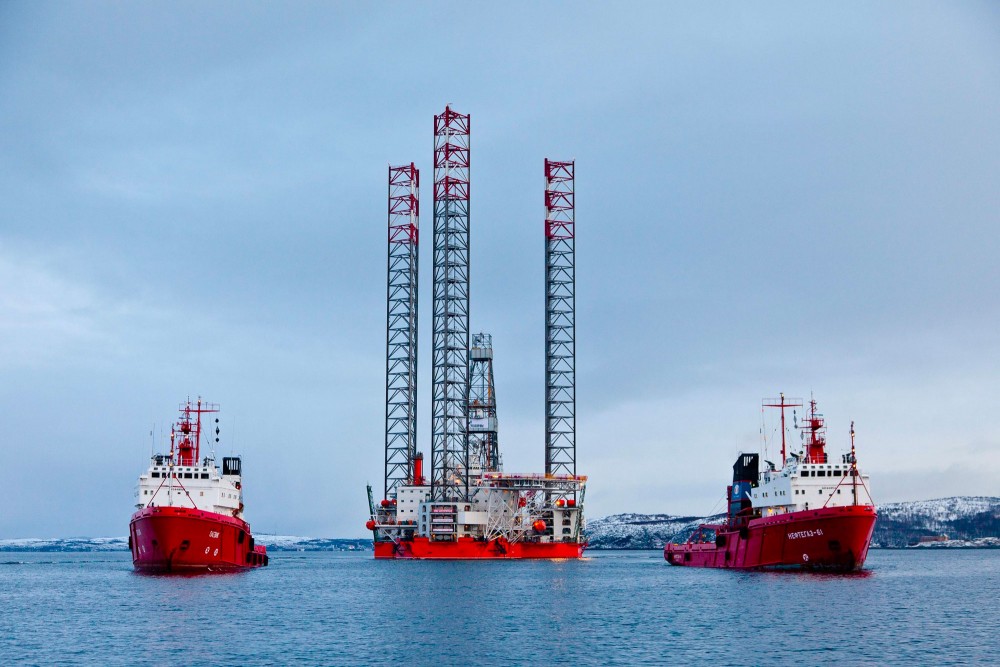 The field is located in the Kara Sea and believed to hold more than 200 billion cubic meters of natural gas.
Read in Russian | Читать по-русски
By

It was drilling rig “Arkticheskaya” that in late summer 2019 spud a well in the Skuratovskoye license area near the coast of Peninsula Yamal.

Gazprom now confirms that a significant discovery was made. The field holds more than 200 billion cubic meters of natural gas and has got the name “75 Years Victory”.

The announcement from the company was made on the 8th of May, the day before Russia’s anniversary celebration of its 2WW victory.

It was the second year in a row that the jack-up rig had been towed from Murmansk to the remote and icy Kara Sea for operations. The rig that is owned and operated by subsidiary company Gazprom Flot in the Kara Sea until late October. It was accompanied by several Norwegian support ships.

Gazprom has over the last years made several well drilling operations in the Kara Sea.

In 2018, the “Arkticheskaya” drilled at the Nyarmeyskoye structure, an operation that revealed a total of 120,8 billion cubic meters of natural gas.

That same summer, the Chinese rig “Nan Hai Ba Hao” discovered 390,2 billion cubic meters in the nearby Rusanvoskoye field. The discovery was subsequently named V.A Dinkov field after a Soviet minister of energy.

In 2019, the “Nan Hai Ba Hao” (also called the “Nanhai VIII”) drilled at the Leningradskoye structure, the same license area as in 2017.

The, the drilling of the Chinese rig resulted in an upgrade of field resource to as much as 1,9 trillion cubic meters.

According to Gazprom, drilling at the Leningradskoye and Skuratovskoye (“75 Years Victory”) fields will be continued in 2020.