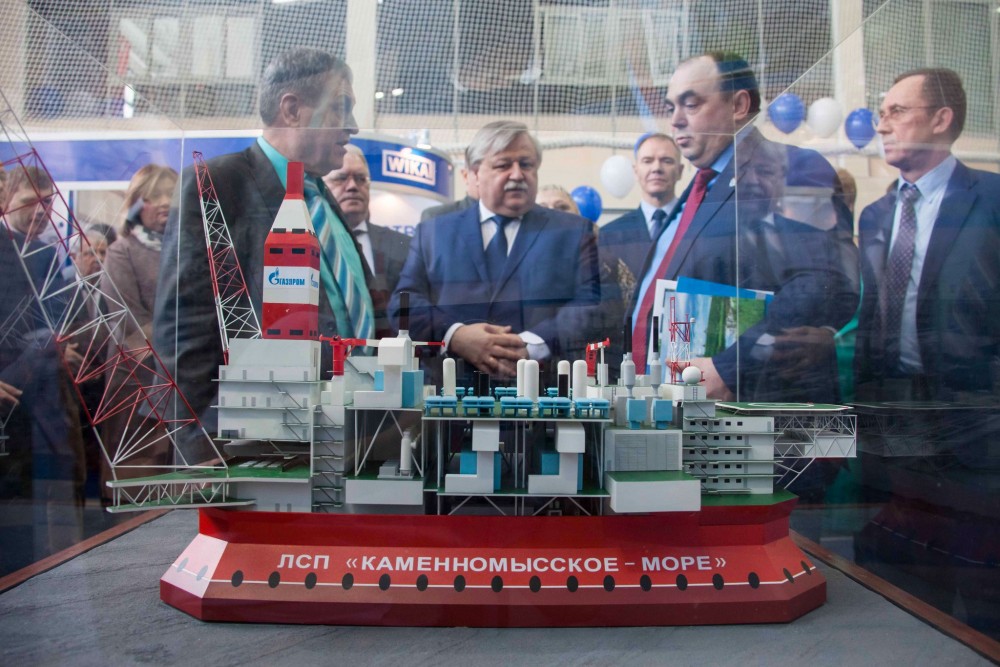 As deep crisis runs through the Russian oil and gas industry, shipyard Sevmash says it is preparing to start construction of a platform for the Kamenno-Mysskoye field.
Read in Russian | Читать по-русски
By

The project has been under planning by Gazprom and its subsidiaries for years. But the building of installations and infrastructure for the Kamenno-Mysskoye field has been postponed time and again.

Now, the process appears to be in motion.

Sevmash, the yard in Severodvinsk known for its construction of nuclear submarines, says it has signed a contract with design company Korall on project preparations.

The yard confirms that it will take part in the construction of the platform and that the first shipment of metal for the operation already has arrived to site.

Also Zvezdochka, the nearby yard that specializes in naval repair works, is likely to be involved in the building of the Kamenno-Mysskoye platform.

The installation will be 135 meter long and 69 meter wide, Sevmash informs.

The field is located in the Gulf of Ob, not far from where Gazprom Neft operates its Novy Port terminal. It holds about 550 billion cubic meters of natural gas. Production is planned to be made from 42 wells. There are also several more natural gas fields in the nearby waters, among them the Severo-Kamennomysskoye.

The Gulf of Ob separates the peninsulas of Yamal and Gydan. It is one of the most oil and gas-rich regions in Russia and currently site for several major field developments. The gulf is covered by thick ice major parts of the year and all field installation must be built with extreme ice protection.

Both Sevmash and Zvezdochka were instrumental in the building of the Prirazlomnaya, the platform that extracts oil in the Pechora Sea. The Prirazlomnaya is currently Russia’s only offshore Arctic field in production.