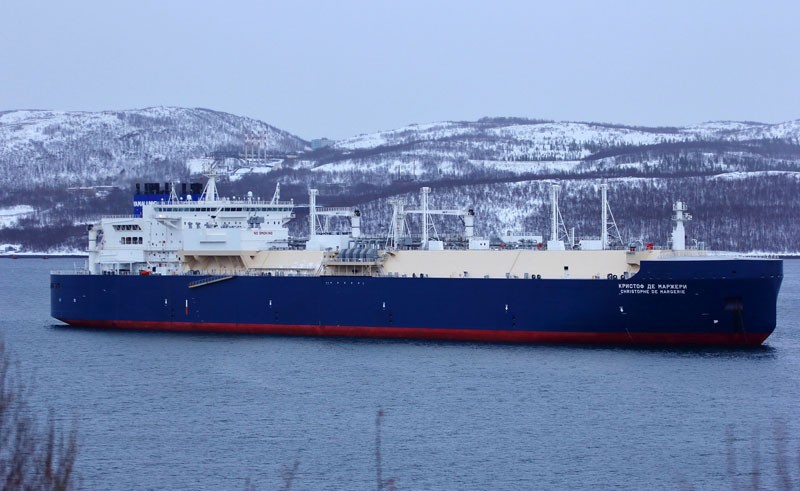 Shipments on the Northern Sea Route continues to increase despite of pandemic and world economic meltdown. In the first half of 2020, goods volumes on the Russian Arctic shipping route amounted to 14,5 million tons.

That is an increase of 1,1 percent compared with the same period in 2019, the federal sea and river agency Rosmorrechflot informs on its Instagram page

LNG shipments from Sabetta constitute a lion’s share of the goods, and since May a significant goods volume has been shipped also eastwards to Asian markets.

On the 19th May, tanker “Christophe de Margerie” set out from Sabetta and on the 9th June arrived in Chinese port of Jiangsu.

It was the earliest east-bound shipment on the route ever for this kind of vessel.

The “Christophe de Margerie” was followed by the “Vladimir Voronin”, another natural gas carrier that sailed across parts of the route without icebreaker escorts.

On the 26th June, the “Christophe de Margerie” again set out at sea, this time with westbound course for the Russian Arctic.

The carrier departed from the Chinese port of Yangkou and is estimated to reach Russian Arctic LNG terminal of Sabetta by 13 July, data from ship tracking service MarineTraffic shows. On the 7th July, the ship was sailing in the East Siberian Sea with course north of the New Siberian Island.

On its westbound voyage, the “Christophe de Margerie” encountered the “Georgiy Brusilov” that  is currently on its way an eastbound voyage from Sabetta to Taiwan. The vessel is escorted by nuclear icebreaker “Yamal”.

All the vessels are part of a fleet of 15 Arc7 ice-class ships that shuttle to and from Sabetta for company Novatek and its Yamal LNG partners. The 299 meter long vessels can take onboard up to 172,600 cubic meters natural gas.

Ice layers on the Northern Sea Route have shrunk dramatically over a number of years and in September 2019 the ice sheet was at its second smallest level ever.

Among the drivers of the sea ice melting are the quickly increasing temperatures.

The year 2019 saw the second highest average temperatures in the Arctic ever, and the latest climate report by Russian meteorological service Roshydromet says that average winter temperatures along the Northern Sea Route, the waters located along the country’s Arctic coast, have increased by about 5 degrees since the 1990s.

In 2020, the heat continues. The first half of the year was the warmest in Russia’s 130 years of temperature measuring. In June, the average temperature  in Arctic Siberia were up to eight degrees above normal, information from meteorological service Roshydromet shows.