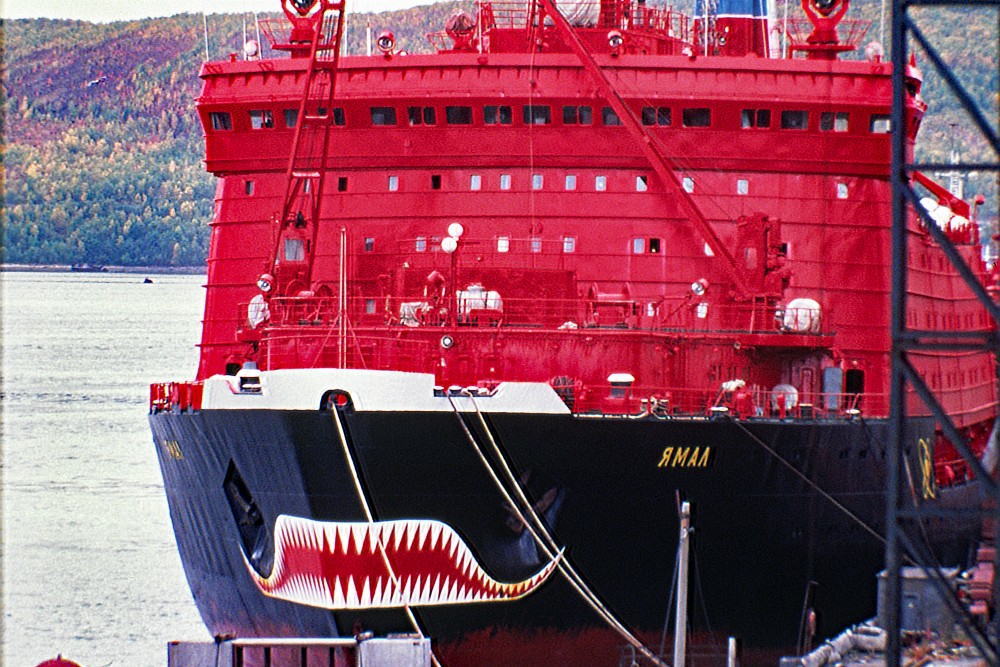 The two reactors onboard the Soviet-built "Yamal" are reviewed by experts and approved for another 50,000 hours of operation, meaning the icebreaker can sail until 2028.
Read in Russian | Читать по-русски
By

Originally, the reactors were licensed for 150,000 hours. Now, the extra operation lifetime of six years will help Russia’s icebreaker fleet keep the Northern Sea Route shipping busy until all five of the new next generation icebreakers of Project 22220 are commissioned.

“Yamal” was built in late Soviet times and commissioned in 1992 and is today together with “50 Let Pobedy” the only remaining Arktika-class icebreaker still in operation.

“The work in the waters of the Northern Sea Route is increasing every year. Prolonging the resource [reactors] allow us fulfill our obligations,” said Rosatomflot director Mustafa Kashka in a news-update from the company. With a prolonged life-time for the reactors, “Yamal” follows the previously granted prolongations to 200,000 hours for the icebreakers “Taimyr” and “Vaigash”. Also the nuclear powered container ship “Sevmorput” is given a longer life-time.

This summer, “Yamal” stays in the waters north and east of the Taimyr Peninsula, while Rosatomflot’s three other nuclear-powered icebreakers, the “50 Let Pobedy”, “Taimyr” and “Vaigach” are in Murmansk for scheduled repairs.

The first icebreaker of the Project 22220, named “Arktika”, is expected to sail north to Murmansk from the Baltic Yard in St. Petersburg later this year after a series of delays and troubles during construction and test-sailings.