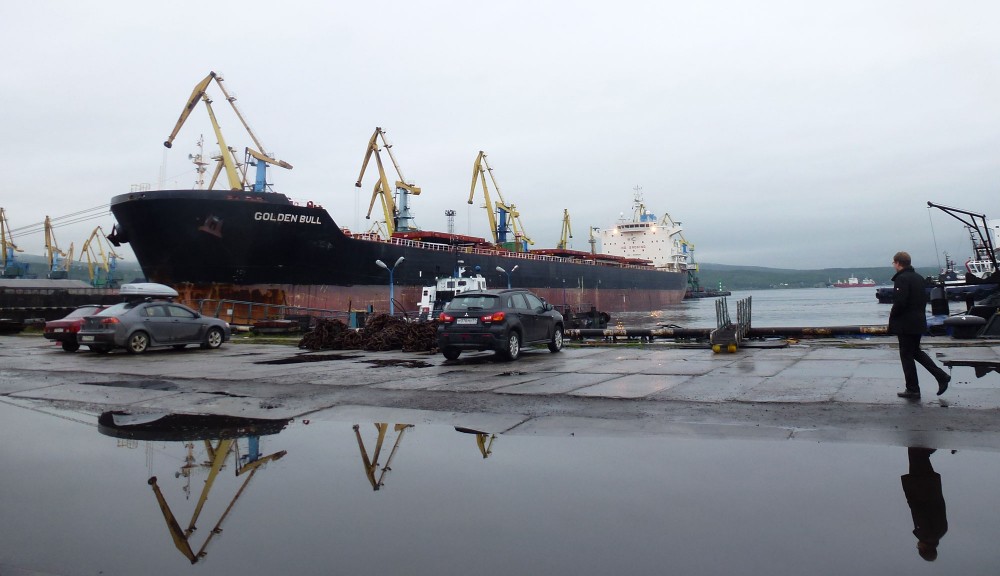 Reduced shipments of oil give more quiet days for sea terminal workers along the country's Arctic coast.
Read in Russian | Читать по-русски
By

Figures from the Russian Association of Sea Trade Ports show that north Russian seaports and terminals in the first seven months of the year handled 10,2 percent less goods than in the same period last year.

It is the first time in a number of years that regional shipping is experiencing a major downturn.

It is the oil that is pulling down the figures. Shipping and reloading of oil from Russian Arctic fields shrunk by almost 10 percent in the period.

In Murmansk, the regional seaports in the period handled a total of 32 million tons of goods, a decline of 11,2 percent compared with the same period in 2019.

Over the last years, oil shipments to Murmansk has spiked, leading to significant growth in local seaports and reloading facilities. In 2019, a total of 61,9 million tons were handled in the local ports. A major share of those volumes was oil from Arctic fields.

In Varandey, the oil terminal operated by Lukoil, the volumes in the first 7 months of the year shrunk by 27,9 percent to 3 million tons. Varandey is logistical hub for several fields located in the Timan-Pechora oil province.

Meanwhile, the LNG terminal of Sabetta still delivers growth in port operations. However, now only modestly. In the period, a total of 16,2 million tons of goods were handled in Sabetta, a 0,8 percent increase from the same period in 2019.

The reduced volumes in seaports reflect the general situation in Russian Arctic shipping. According to the Russian Northern Sea Route Administration, a total of 14,8 million tons of goods were shipping in the Arctic shipping route in the first half of 2020.

Shipping on the route is expected to reach 29 million tons this year, route operator Rosatom informs. That is 2,5 million tons less than in 2019.