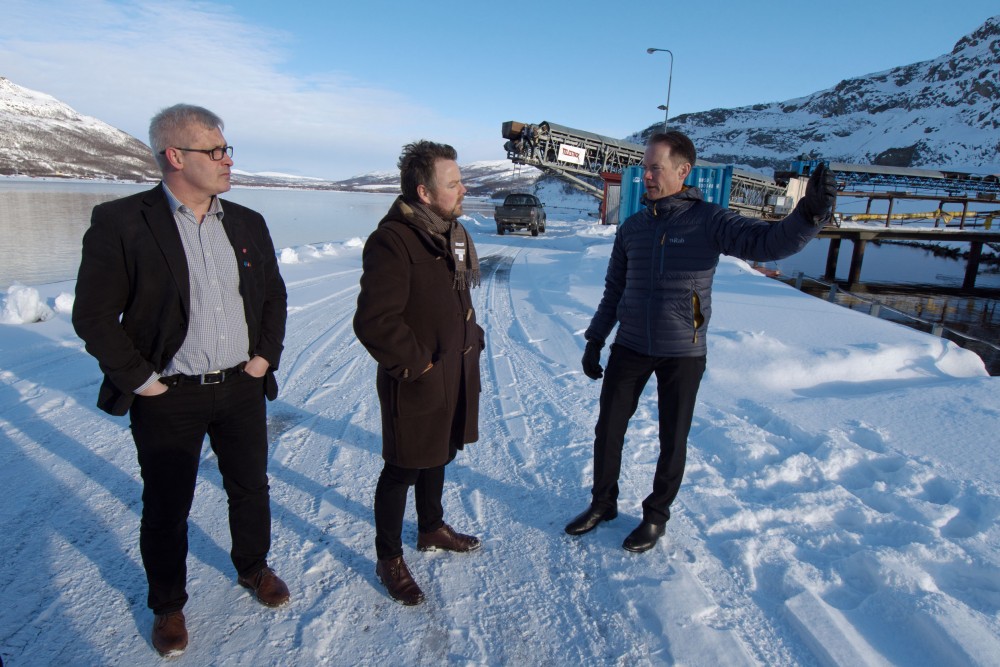 A clean production cycle is highlighted as the German smelter Aurubis enters agreement to buy the full production of copper concentrate for the first ten years of operations at Nussir mine in northernmost Norway.
Read in Russian | Читать по-русски
By

Nussir aims at becoming the world’s first fully electrified underground mine, with zero emission of CO2.

Preparing for production could start later this year and the first shipments of concentrate by 2022 as the mining company this week announced the deal with the German smelter.

“It emphasizes the importance of moving towards the green economy, with a clean production cycle and encourages recycling of copper,” Nussir writes in a press release explaining why Aurubis won the fierce competition.

The copper mine is located in Repparfjord, not far from North Cape and will be the northernmost mine on mainland Europe.

“We are very pleased with our planned association with Aurubis and the terms fully recognize the high quality of the concentrate to be produced by Nussir. This is a positive step forward towards the financing of the development of the mine and in creating a new significant European copper producer. As part of the agreement Aurubis appreciates and valued Nussir’s plan for fully electrified production without any CO2 emission.” says CEO Øystein Rushfeldt.

The ten years sales contract is the largest copper contract in Norwegian history.

Global demand for copper, a key metal in production of batteries, is booming as the on-going transport revolution increases the sale of electric vehicles.

While both Nussir and the Aurubis highlight the green touch of the mining and smelting process, environmentalists in Norway are not at all happy. They argue dumping of tailings to the fjord will harm the marine life and local fish stocks.

“It will have catastrophic consequences for life in the fjord and the reindeer herding in the area,” Nature and Youth writes in a Facebook update. The organization has collected 4500 names who are said to be willing to engage in civil disobedience to protest the dumping of waste.

The Sámi people in the area are also protesting.

“The mining will have too big consequences for Sámi culture and way of life, both for fisheries and reindeer herding. We can’t allow this to happen,” Beaska Niilas with the Norwegian Saami Association has previously told the Barents Observer.

He warned about the Repaprfjord mine could just be the beginning.

“This is a test pilot project to see if it is possible to destroy indigenous land in the north of Norway. If they manage to open this, then it will be open for grab by anyone,” Niilas said.