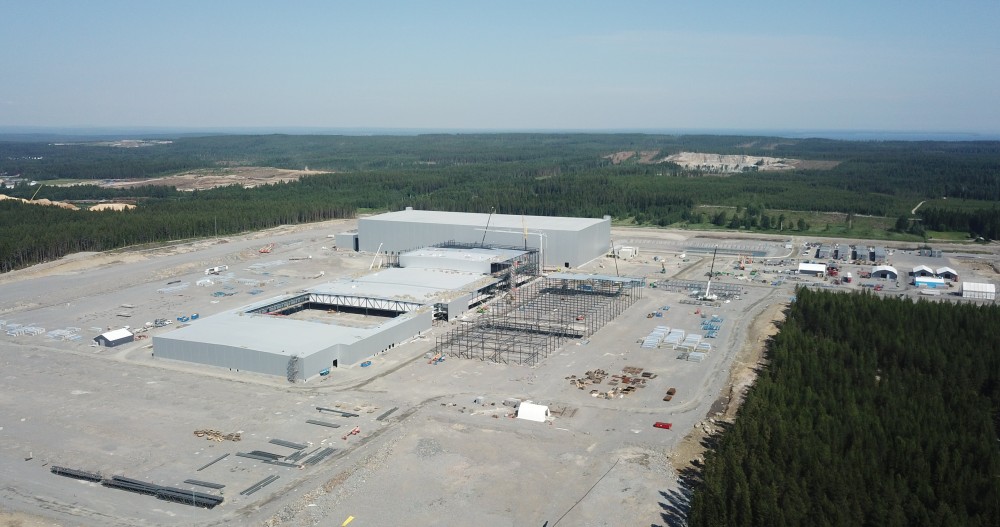 Construction of Northvolt's giga-factory outside Skellefteå is in full swing. The site covers an area of more than 400,000 square meters, one of the largest industrial sites in northern Scandinavia. Photo: Northvolt

The European car industry’s transition to electric power-trains, combined with financial institutions hunt for green projects, proves successful for Northvolt, which now says it targets a 25 percent market share in Europe’s battery production by 2030.
Read in Russian | Читать по-русски
By

With an additional $1.6 billion in debt, Northvolt has to date raised over $3 billion to support the construction of its battery gigafactories in Skellefteå, Sweden, and in Salzgitter, Germany.

While construction of the German factory is slated for 2021, works are in full progress at the site outside Skellefteå in northern Sweden. The first large-scale manufacturing of lithium-ion battery cells will commence in 2021 with a planned annual capacity to ramp up to 32 GWh by 2024.

The $1.6 loans are raised through a consortium of commercial banks, pension funds and public financial institutions, Northvolt says in a news-release.

The boost in available cash comes as the company recently signed a €2 billion supply contract with the BMW Group. The German car producer will buy battery cells from the Skellefteå factory from 2024 to its growing selections of electric cars, like the new iX3 SUV and the forthcoming BMW i4 and all-electric versions of the 5 Series and 7 Series.

BMW has said it will have 4.6 million all-electric cars on the roads within the next ten years.

Northvolt’s second factory, in Salzgitter, is to be built as a 50/50 joint venture with Volkswagen, Europe’s largest car-maker with almost 70 all-electric vehicles to be introduced to its portfolio within the next decade.

Additional to producing batteries from new metals, Northvolt says it aims at supplying 50 percent of its production with raw material secured from recycled batteries. A recycling line will be built in Skellefteå.

The factory in northern Sweden will at first get 2,500 employees and by that be one of the largest industrial production sites in northern Scandinavia.