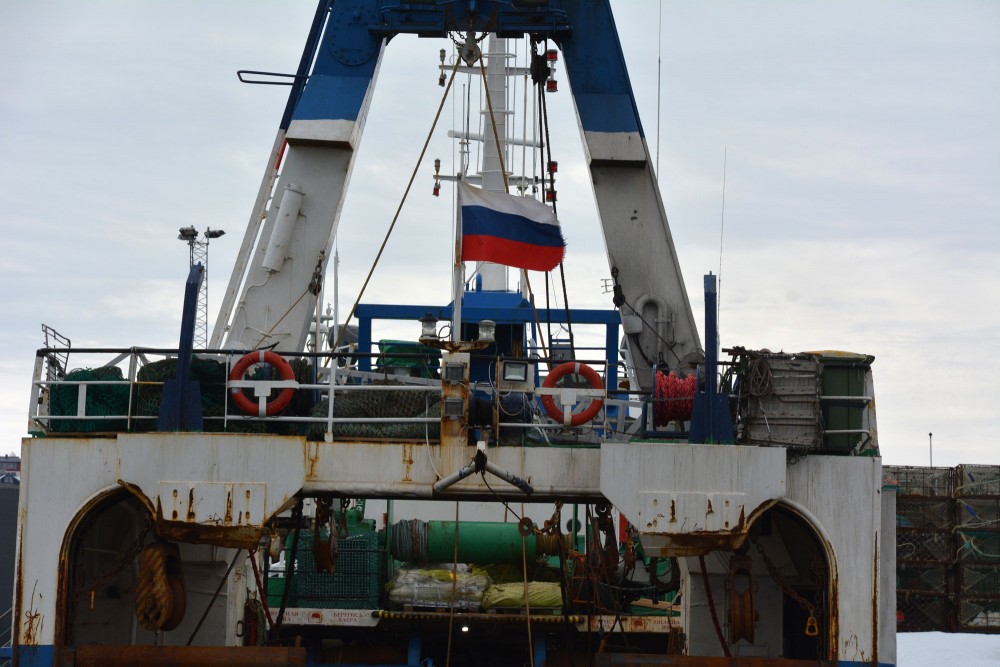 Moscow orders return to motherland of fish and fishermen

Trawlers will lose quotas unless they are customs declared in Russia, catch is to be processed in domestic plants and foreign investors might be kicked out of the industry.
Read in Russian | Читать по-русски
By

Russian federal authorities are ready to take strong measures to strengthen national control over the fisheries.

In a decree signed late December 2020, Prime Minister Mikhail Mishustin ordered all trawlers built abroad to undergo customs declaration in Russia. If not, they will lose their catch quotas, newspaper FishNews reports.

The declaration must be completed by 1st of January 2022.

Powerful industry stakeholders have protested against the government decision. According to the country’s All-Russian Association of Fisheries Companies, the deadline for the customs declarations must at least be postponed until 2023.

Russian companies today own and operate about 70 undeclared trawlers acquired abroad. They are landing their catch and shifting crews in foreign ports. Customs declaration in Russia will cost the companies an average of more than 40 million rubles per vessel. Parts of the sum will be returned up to a year later, Blogger51 reports.

The undeclared vessels are mostly manned by Russian sailors and crew shifts have been seriously troubled by the closed borders during the COVID-19 pandemic.

The Russian government is also pushing for more domestic fish processing, and several incentives are introduced to bring catch back home.

According to Deputy Prime Minister Yuri Trutnev, the government is now generously awarding companies catch quotas in return for investments in new processing plants . Fourteen plants are already on the planning stage and more in the pipeline.

“We will cut project assessment schedules, allocate land and establish beneficial regimes, and everything will be provided in the shortest time possible so that processing plants can be built in half a year, and no later than in two years,” Trutnev underlined during a visit to the Russian Far East in February.

“The processing of raw materials that now takes place in third countries, including in Europe, must be made here home,” he stressed. “We must not be dependent on anyone,” he added.

The situation is today especially critical in the Russian Far East, which accounts for about 70 percent of the country’s catch. China’s recent import ban on Russian fish following the discovery of coronavirus traces on fish products has aggravated the situation.

Russian authorities also intend to strengthen national control over the fisheries industry. An initiative from the Federal Anti-Monopoly Service proposes to cut foreign ownership in Russian companies to a maximum of 25 percent, the Fisheries Agency informs.

Currently, foreigners can control up to 50 percent of the companies.

However, the bill that is due to be addressed by the Russian State Duma in March, has been disputed by several Russian companies.

According to Norebo, an integrated fisheries company based in Murmansk, the new legislation could significantly complicate Russian companies’ access to vital foreign services, including fish transport vessels and bases.

It might lead to a lack of ships and a hike in ship transportation rates, Deputy Director of Norebo Sergey Sennikov told Kommersant.

Russian catch in foreign waters is significant, but dropped 14,2 percent to a total of 326,000 tons in 2020, the newspaper reports. Meanwhile, catch in conventional and international waters dropped 12,6 percent to 287,8000 tons.