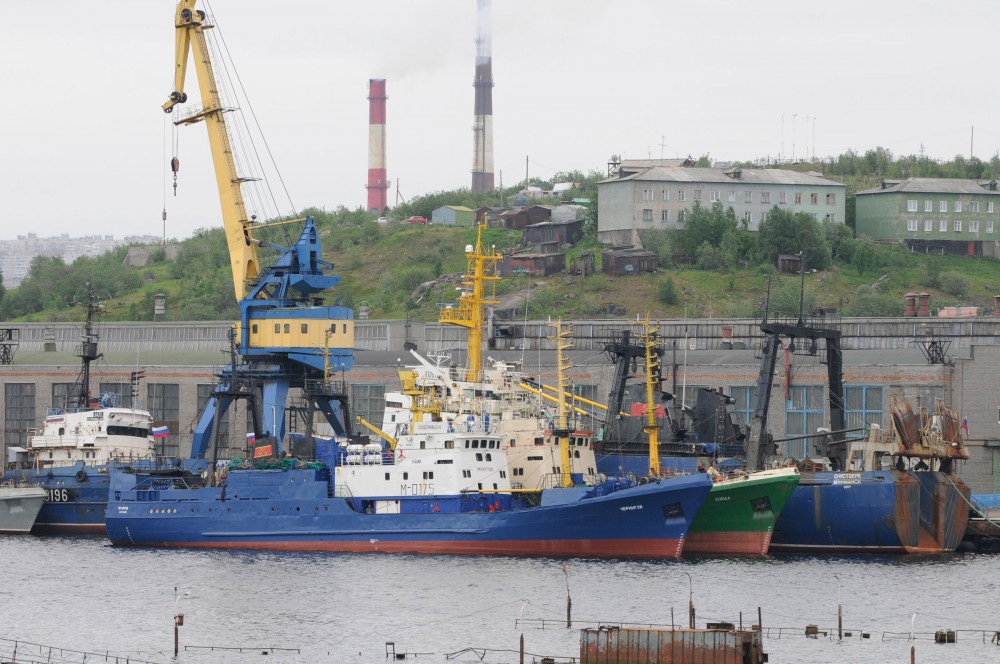 A brand new terminal will be built on an artificially created land, while the existing berths of the fishery port will get a large-scale upgrade.
Read in Russian | Читать по-русски
By

Rosrybolovstvo, the Federal Fisheries Agency, presented the plans for the Governor of Murmansk this week.

Investments in what already is Russia’s largest fishery port will be big.

The coastal logistic base in the Kola Bay will include new berths for unloading of seafood from both trawlers and fish-transportation vessels. On shore, the terminal will get new buildings for storage, processing and packing of fish products, the agency told Governor Andrey Chibis.

The Governor said the investments is “a very serious amount of money” which will support the economy of the region.

Located on the coast to the Barents Sea, fisheries has always played an important role for Murmansk.

The Russian government has for years worked out strategies on how to get the fleet of ocean-going trawlers to deliver their catch domestically, instead of selling it abroad. Last December, Prime Minister Mikhail Mishustin signed a decree ordering all trawlers build abroad to undergo customs declaration in Russia. If not, they will lose their quotas.

Shipowners got one year to declare home their vessels.

The new landings- and processing facilities in the port of Murmansk is aimed at receiving more of that trawlers today sell abroad.

As previously reported by the Barents Observer, Russian companies today own and operate about 70 undeclared trawlers acquired abroad.

The new terminal in Murmansk will be able to moor the 260 meters long nuclear-powered lighter carrier “Sevmorput”, a vessel today too big to make port call to the fishery harbor.

“Sevmorput” is tasked to sail seafood from Russia’s Far East to the European part along the Northern Sea Route.