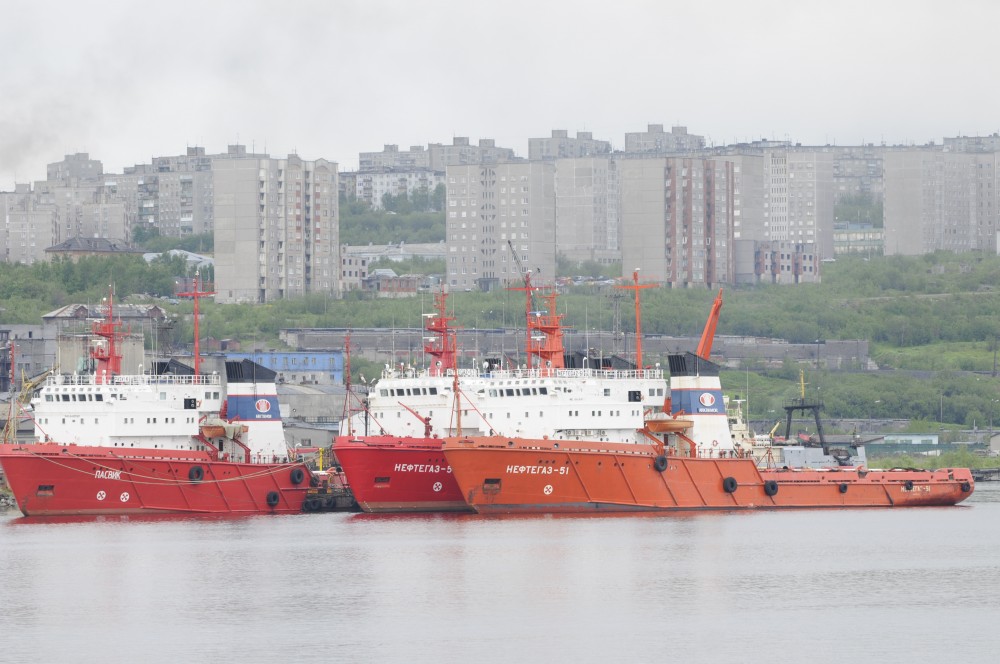 Construction permit is granted for what will provide for high-tech digitalization of Russia’s entire Arctic coastline, from Murmansk to Vladivostok.
Read in Russian | Читать по-русски
By

A flotilla of nine vessels, including two cable-laying ships, will participate as 12,650 kilometers of 6-pairs fiber-optic cable will provide for data traffic of 100 terabits per second between European Russia and Asia.

“The deep-sea cable-laying starts in late May, early June this year,” Deputy Minister of Transport, Aleksandr Poshivay, said at a press conference in Moscow on Tuesday arranged by state-affiliated news agency TASS and Morflot, the Federal agency on Sea and River Transport under the Ministry of Transportation.

“The project will be branded Polar Express,” he said.

Additionally, to provide for the shortest fiber-optic route between Europe and Asia, the Polar Express will change everyday life for people and businesses all along Russia’s Northern Sea Route.

This will provide for high-speed communication transmission for the ports and infrastructure in the Arctic, and thereby contributing to the digital transformation of sea transport and related industries, Pohivay explained.

The sub-sea laying starts in Teriberka, north of Murmansk, and will cross the Barents Sea to the former military airbase of Amderma in the Nenets Autonomous Okrug where a coastal station will be built. Next stage will be to Dikson, Russia’s northernmost mainland town on the coast of the Kara Sea.

Further connection will be to the port of Tiksi in Yakutia, then to Pevek and Anadyr on the Chukotka Peninsula, into the Pacific with a land station at Petropavlovsk-Kamchatsky and further south to Yuzhno-Sakhalinsk, Nakhodka, before ending in Vladivostok.

The subsea cable will be buried 1,5 meter under the seabed in order to ensure safety in the offshore section of the route. In other places, where it for geological reasons is not possible to dig into the ground, the cable will rest on the seabed protected by a single or double armor said to can resist pressure of 50 tons.

This is particularly important in the shallow parts north of Siberia where water might freeze to to the bottom.

By 2026, the entire Trans-Arctic fiber cable will be up and running. Work on laying will be divided into two time-frames; the western section with start in Teriberka towards Siberia is scheduled for 2021 to 2024, while the eastern section will be laid in the period until 2026.

Operator of the Polar Express will be the Federal State Enterprise Morsvyazsputnik, a company today providing phone and data communication services in Russia.

Morsvyazsputnik is currently negotiating with potential partners to ensure the Polar Express cable gets connection to existing domestic Russian and international backbone networks.

Finnish-based Cinia, with partners in Russia and Japan, is also planning to build a Trans-Arctic subsea fiber-optic cable.

In Russia, Cinia has mobile provider MegaFon as partner and the plan includes the establishment of a new company by 2022 to handle the construction of the communication line supposed to go on land from northern Finland to Norway’s Barents Sea port of Kirkenes and further across the Arctic to Japan.