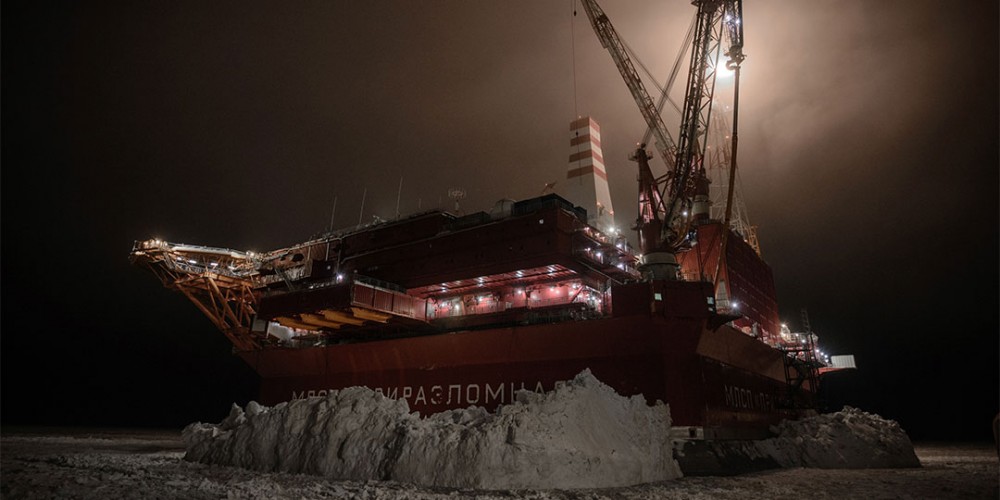 "Extract as much as you can," the country's top energy legislator says. But time might be about to run out for new major oil and gas projects on the Russian Arctic shelf.
Read in Russian | Читать по-русски
By

Russia makes more than half of its total export revenues from the oil and gas industry. But the powerful sector is under growing pressure from the quickly expanding global energy shift. In a newly adopted national General Scheme for Oil and Gas Development until year 2035, the Russian Energy Ministry puts its bets on a “slow scenario” that includes quickly declining production after year 2029.

According to the forecast, Russia will never again reach the high production levels of the pre-pandemic period. In 2019, Russia produced 560 million tons of oil, its highest level ever.

But despite the gloomy perspectives, Russia’s top energy politicians insist that the maximum possible efforts must be made to develop the industry.

In a comment on the new strategic document from the Energy Ministry, Chairman of the State Duma Committee on Energy, Pavel Zavalny, argues that global demands for hydrocarbons will remain stable until at least 2040 and that Russia must do what it can to keep up production.

Zavalny underlines that the oil and gas companies must not cut production, but first of all focus on ways to make money.

“Plainly speaking: all that can be extracted must be extracted and sold,” he told newspaper Parlamentskaya Gazeta.

The legislator argues that the oil and gas industry now must modernize, adopt new technology and move into more remote and less accessible regions, and he points at the 2,500 existing and projected fields outlined in the new energy strategy.

Russia’s oil and gas production is today based on aging projects that soon face a significant decline in output. The lion’s share of the country’s undeveloped resources are located in the North, much of it in remote areas without existing infrastructure.

The authors of the new energy strategy maintain that Western Siberia will remain the main hydrocarbon production region also until 2035, but they have great doubts about the Arctic shelf.

Offshore production in the Arctic is currently not economically viable because of low oil prices and lack of technology, the document concludes. According to newspaper Kommersant, the ministry planners believe the remote northern shelf over the next 15 years first of all play a role as “experimental region for creation and adoption of innovative technology.”

In their hunger for additional resources, Russian oil and gas companies have over the past two decades increasingly moved into remote Arctic areas. The peninsulas of Yamal and Gydan are now top priority areas for both Gazprom, Novatek and Rosneft. The latter is also starting a massive development in the Taymyr region where the Vostok Oil project is due to start production in 2024.

According to Gazprom Neft, the oil branch of natural gas company Gazprom, Arctic fields now account for more than 30 percent of its total production. In 2020, production at the Novy Port project increased five percent to a total of 14,89 million tons, and the offshore project Prirazlomnoye delivered 3,27 million tons, an increase of three percent year-on-year.

The company also produced 6,2 million tons at the Vostochno-Messoyakhskoye field, a joint venture with Rosneft. That is up 10 percent from 2019, the company informs.

Exploration also continues on the Arctic shelf. According to exploration company Gazprom Nedra, five wells will over the next four years be drilled in waters adjacent to the Yamal Peninsula, and another 5,000 square km of seismic mapping will be conducted in that same area.

In addition, a well will in 2022 be drilled at the Ledovoye field in the Barents Sea, the company informs in its corporate newspaper.