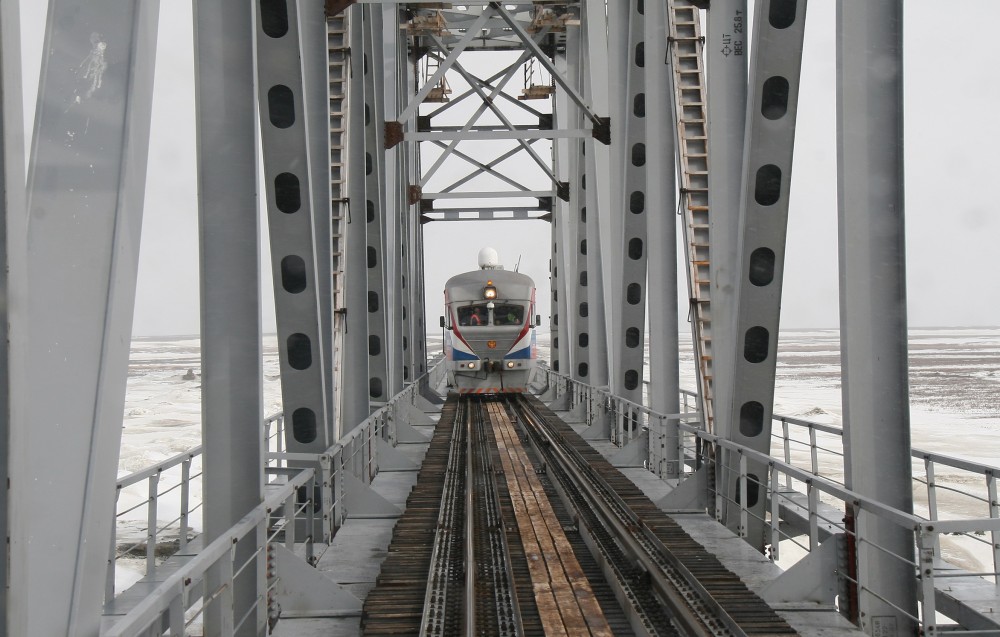 The 572 km long Yamal railway will soon carry not only Gazprom's workers and goods, but also natural gas. Photo: Gazprom

Gazprom has decided to send liquified hydrocarbons from its biggest fields in Yamal to the markets by rail.
Read in Russian | Читать по-русски
By

Gazprom Neft, the oil subsidiary of Gazprom, has struck a deal with the Russian Railways over massive deliveries of liquified hydrocarbons by rail from Karskaya in the Yamal Peninsula.

According to company CEO Aleksandr Dyukov, gas condensate and liquified hydrocarbon gas from the Bovanenkovo and Kharasavey fields will be loaded on trains and transported hundreds of kilometres across the Yamal tundra.

The logistical operations will start in 2025 and continue until 2040, CEO of Gazprom Neft Aleksandr Dyukov said in connection with a signing ceremony during the recent St.Petersburg Economic Forum.

A total of 52 million tons of oil products will be transported in the period, the company informs. The end destination of the deliveries will be Ust-Luga on the Russian Baltic coast.

Also Gazprom Trans and Gazprom Invest are part of the deal.

The train transportation will require significant upgrades on the 572 km long railway between the stations of Karskaya in Yamal and Obskaya near Salekhard, Yamal-Nenets region.

The railway line is owned and operated by Gazprom. It includes five stations and 70 bridges and was built by about 7,500 workers. The line stretches across hundreds of kilometers of the Yamal tundra, all of it environmentally vulnerable permafrost areas.

The 572 km long Obskaya-Karskaya line opened for operations in 2009 and today handles mostly transportation of personnel at the Bovanenkovo gas field, as well as various goods to that same project.

It is today the northernmost railway line in the world.