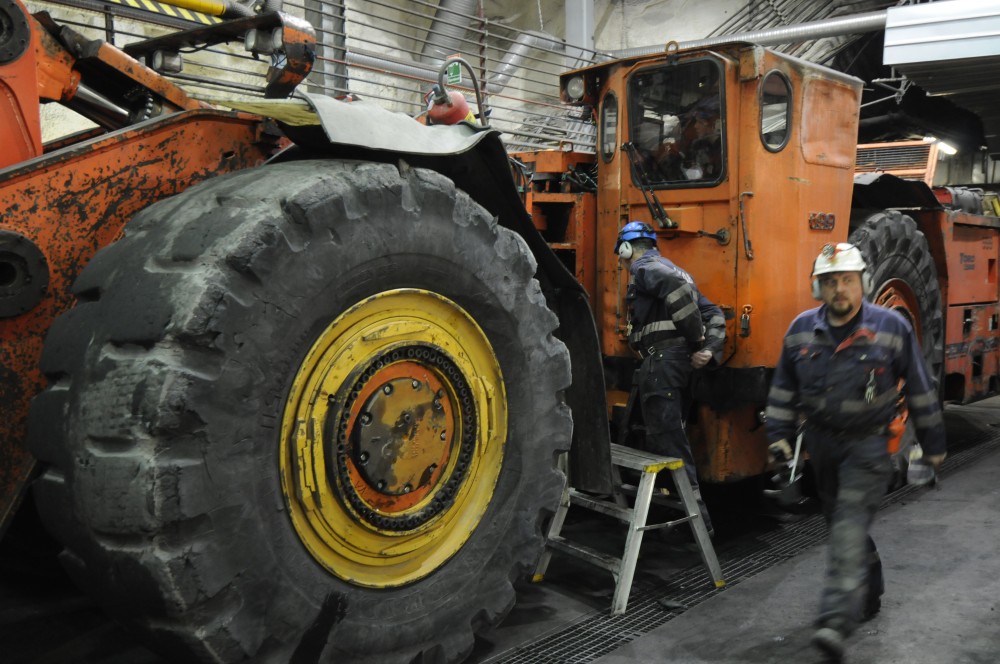 LKAB produces most of its iron-ore from 700 meters down-deep under Kiruna. Photo: Thomas Nilsen

High prices are good for Europe’s largest iron-ore miner, the state-owned LKAB in northernmost Sweden. The company on Thursday said its net sales were up 98 percent, mainly due to high spot prices for the ore.

Iron ore was sold for an average of $200 per ton. The ore is sent by train from Kiruna across the border to Norway’s ice-free port of Narvik and shipped to European iron and steel producers.

LKAB says in a statement that expanding capacity of the railway remains a matter of urgency to meet longer term demands.

“More tonnes delivered at a higher price per tonne gives us a stronger basis for financing the development and the huge investments ahead of us in the coming 15–20 years to create a competitive LKAB. We are implementing a technology shift that will reduce our customers carbon emissions by 35 million tonnes, which is more than two thirds of Sweden’s total emissions,” says Jan Moström, President and CEO of LKAB.

Moström says the increase in income helps strengthen the company’s ongoing transformation towards a sustainable future.

Together with electricity producer Vattenfall and steel producer SSAB, the LKAB aims to be the first in the world to make hydrogen-reduced sponge iron. First at the HYBRIT pilot plant, later in full-scale production.

Part of the plan includes carbon free mining in Kiruna, by introducing battery-powered vehicles for underground mining and transport.