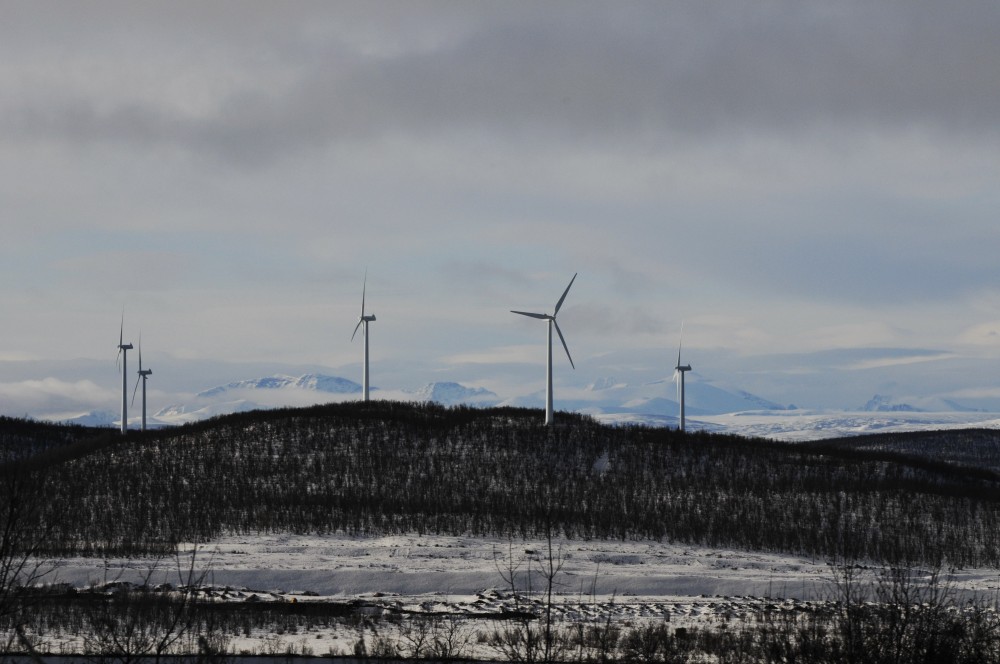 Viscaria copper resources are found in the ground beneath this hill outside Kiruna, northern Sweden. Photo: Thomas Nilsen

A restarting north Swedish copper mine scales up resource estimates

The wind mills could symbolise the main reason why it is economical profitable to reopen the old mine beneath the ground at Viscaria outside Kiruna: A growing demand for copper in a world moving towards an electrified society.
Read in Russian | Читать по-русски
By

Copperstone Resources this week announced revised and enlarged ambitions for the reopening of the Viscaria copper mine in Kiruna, northern Sweden. The estimate for yearly milled-rate production is now 3 million tons annually, compared to earlier assumptions of 2 million tons. That will be enough to produce 30,000 tons of copper per year.

Increased production, combined with growing demand and higher prices on the world market, gives a boost to the company’s annual net profit, now estimated to be between 3 to 4 billion Swedish kroner (€294 to €393 million) annually.

With ambition to restart mining by 2023, Copperstone Resources says the global copper market is favourable, with prospects of long-term imbalance of supply and demand.

Copper is a key metal for a world on path to find sustainable solutions for electricity production in times of climate crisis.

“It is very gratifying that we gradually are making progress in the restart of Viscaria mine and that the team efforts and the promising market conditions have enabled a better and more sizeable project than we previously estimated. Moreover, our growing team of experts constantly finds new solutions that gives a more optimized and sustainable production”, the company’s CEO Anna Tyni said in a statement.

Restarting the mine would bring some 200 new jobs to Kiruna.