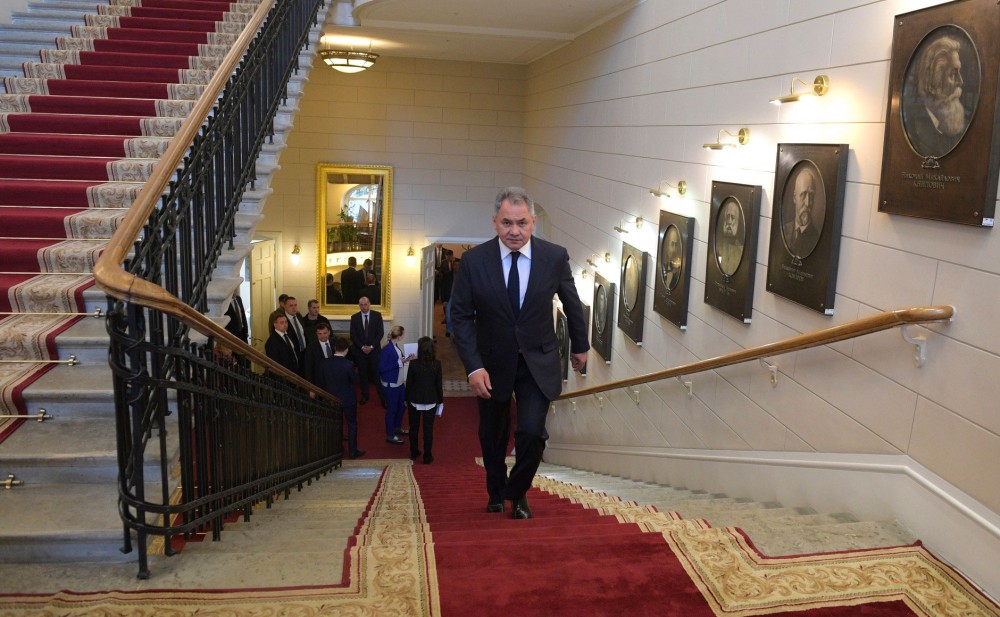 Sergei Shoigu has a grand masterplan for Siberia. It could move Russia towards Eurasia

The Russian defence minister wants to build several new mega-cities and connect the vast region to the Arctic.
Read in Russian | Читать по-русски
By

The grand Soviet-style initiative has over the past months been actively lobbied by Shoigu, and the loyal ally of Vladimir Putin has now reportedly gained solid support from the Kremlin.

According to the powerful national security leader, up to five new major cities should be built in Siberia, each with a population of up to one million.

They will be the centres of new industrial clusters that include state-of the-art facilities for natural resource extraction and processing, as well as research and infrastructure.

In an interview with newspaper RBC, Shoigu highlights that the new cities will become “centers of attraction for people from all of Russia, as well as many fellow countrymen from the near and far abroad.”

They will give a powerful development impulse for the Siberian region and ultimately for the sustainable development of the whole Russian economy, Shoigu argues. Their projected location is in the area between the cities of Krasnoyarsk and Bratsk.

The defence minister is himself a native of Siberia. He grew up in Tyva, the region located along the border to Mongolia. In early September this year he spent several days in the area together with President Putin. Photo and video footage from the trip shows the two men walking in mountainous terrain, cruising on great lakes and fishing pike.

Shoigu sees his masterplan for Siberia as closely connected with the markets in nearby China. But the new cities will also be important for the development of the Arctic, he argues, and makes a reference to the famous 18th Century scientist and writer Mikhail Lomonosov who wrote that “Russian power will grow with Siberia and the Arctic Ocean, […]”.

According to Shoigu, Lomonosov did not coincidently connect the Arctic and Siberia. “They should be developed together and not separately,” he underlines, and adds that “the focus on the development of the Siberian region is both timely and reasonable.”

The projected new cities are to be developed in line with high environmental standards, and sustainable and climate-friendly solutions will be applied. However, paradoxically, their industrial capacities will be based on both hydrocarbons and expansive mineral extraction.

Among the five cities will be one that focuses on extraction of coking coal, and another on coal-fuelled chemical production. A third will specialise on copper and electrotechnics, and a fourth will be the “Aluminum Valley”. The fifth could be a center for forestry and production of construction materials, Shoigu argues.

Not only coal will be used as energy source. Hydrogen will ultimately be the main fuel in the region, the minister explains.

And the cities are to positively contribute to the global shift in energy usage and transportation. According to Shoigu, Siberia has major reserves of cobalt, nickel and lithium, the minerals currently in big demand for the rapidly expanding battery industry.

And he is confident that the new industry will be able to not only extract and export the raw materials, but also process and manufacture high-quality products.

President Putin has openly supported the initiative of his friend and possible successor, and has reportedly requested government to elaborate on plans.

“We have talked many times about this, and Sergei Kuzhugetovich [Shoigu] is not only an active supporter, but I would say, also the locomotive of the project, and I hope it will materialise,” Putin says in a comment referred to by RBC.

According to Viktoria Abramchenko, Presidential Aide on the Siberian Federal District, Shoigu’s initiative deserves support. It builds on the country’s Soviet heritage, she argues.

“They are actually giving rebirth to the development that was launched in the Soviet period with regard to the potentials of Siberia. This is a cluster-approach that includes development of various industrial, scientific and technological clusters on the territories of Russian federal subjects,” she says to RBC.

In the Soviet Union, several hundred towns and cities were built across Siberia and the Russian North, many of them from scratch by GULAG prisoners. They account for a significant share of today’s Russian economy. But many towns have also been abandoned and today stand as symbols of failed Soviet policy.

At the same time, he refers to the Soviet period when “hundreds of thousands of young people enthusiastically moved to Siberia to take part in enormous construction projects.”

The defence minister is unlikely to find the same kind of popular enthusiasm for his grand project, nor will he able able to apply the cheap work force of the GULAG.

And he admits that it will all depend on investment from private companies.

Defense Minister Shoigu has in the course his nine years in office gradually strengthened his position among the country’s elite. Recently, he been the architect of several grand projects of major symbolic significance, among them the new Russian Orthodox military cathedral, and a projected huge museum devoted to the Armed Forces. The latter is planned built near the cathedral in the Moscow Patriot Park. According to the Defense Minister, the museum will be 150,000 square meter big.