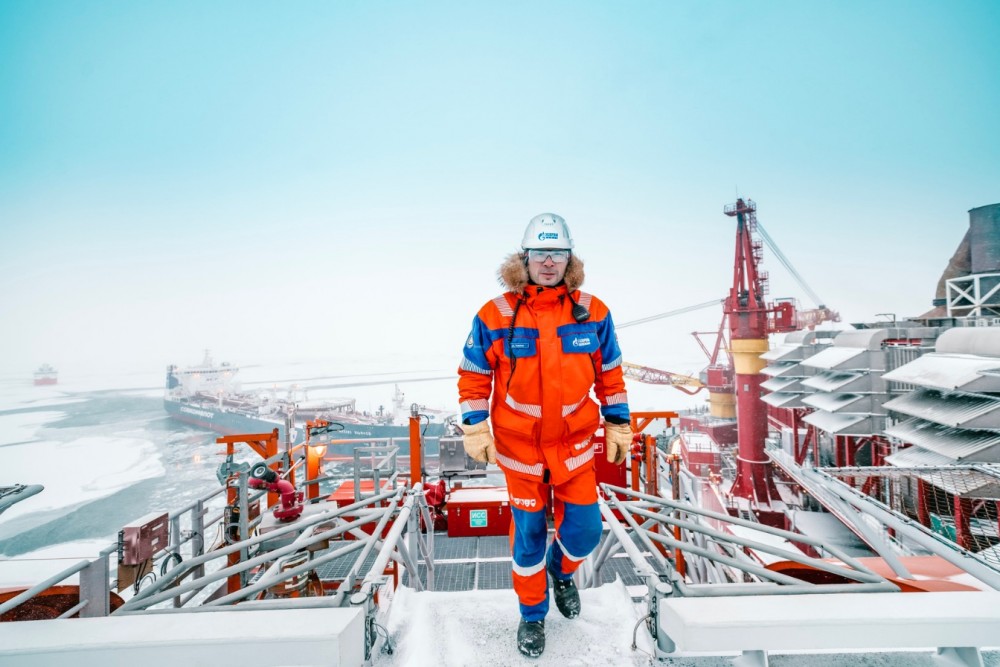 A new major project is under development in the Gydan Peninsula. Photo: Gazprom Neft

“Not many Russian oil companies are ready to take on poorly explored and undeveloped regions, and launch prospecting projects from zero,” the company writes in a presentation of its latest Arctic adventure.

Gazprom Neft is a subsidiary of natural gas company Gazprom.

According to the company, the licenses of Leskinsky and Pukhutsyayasky could prepare the ground for what ultimately will become the world’s northernmost mainland oil province.

The two license areas are located in the Gydan Peninsula, near the mouth of the Yenisey Bay, more than 1,500 km away from existing infrastructure hubs.

A cooperation deal was signed with Royal Dutch Shell in December 2020, and the two companies now have a 50 percent stake each in the joint venture that is to explore the area.

In late summer 2019, as much as 36,000 tons of construction materials were shipped to the remote Arctic coast. Three tankers, one icebreaker and 46 barges were applied in the operation, the company informs.

By early September that year, a working village for 100 people was erected, equipped with needed electricity, telephone and internet connection. And a sauna.

A first exploration well is reported to have been drilled in 2020, and additional seismic mapping was undertaken in 2021.

Risks are high, but in case of success, the partners can expect “a major pay-off,” Gazprom Neft informs.

“Since starting the exploration of this poorly explored and undeveloped region, the companies expect to open on site a new oil province, the planet’s northernmost on the mainland,” the company says.

A discovery in the area will be followed by the building of a new oil terminal on the far northern shores of the Gydan Peninsula. The new infrastructure could ultimately be applied also for several more projects. A logistical scheme distributed by the company shows that the projected Yenisey terminal will handle oil from company fields located along the rivers of Yenisey and Ob.

The terminal will have a capacity to handle 20 million tons of oil per year.

Gazprom Neft is from before engaged in several far northern projects, among them the Novy Port and Messoyakha fields and the offshore Prirazlomnoye project.

The company now also plans to extract oil in the Yamburg area, a region that today provides a major share of Russia’s natural gas production.

According to Gazprom Neft, there are also plenty of oil in the area, and a new oil terminal is planned on the east coast of the Ob Bay. The terminal that will be named Krugly, will have capacity to handle 20 million tons per year,

Both the Yenisey and Krugly terminals will contribute to a significantly increase in shipments on the Northern Sea Route, the east-west connection along the Russian Arctic coast.