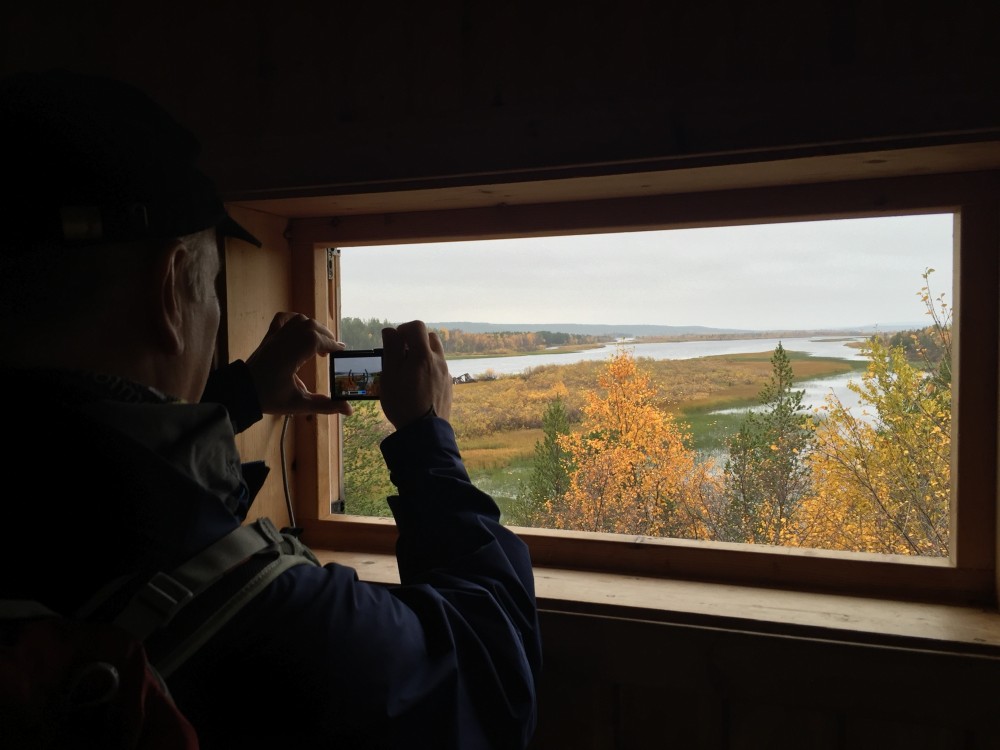 The hydroelectric power plant in Kirakkaköngäs has been creating energy for the Inari region since the early 1950s. Located between the towns of Inari and Ivalo, the plant has been a staple for the locals who travel between the towns almost daily. Now, after 70-years of work, Inari municipality and Inergia Oy, the water and electricity supplier, are ready to cease the plant’s activity and allow water and fish to move freely between the local lakes and rivers.
Read in Russian | Читать по-русски
By

The idea was first discussed in 2019, and in 2021 all parties involved were ready to move forward with the idea. Many locals would like to see the fish stock revitalised in the area, and hopefully allow trout to migrate and spawn in the upstream. However, the decision makers were surprised to find out how difficult these changes would be. At first glance, seizing activity on a 70-year-old power plant should be relatively simple. As it turns out, modified nature is not that easy to return back to its natural state.

The issues with closing the plant are numerous - and mainly done for purely practical reasons. One of the main issues stem from disassembling the embankment; taking down the dam would affect the shoreline of the nearby Rahajärvi lake and could increase flooding in the area. “I was surprised to learn that the bridge between Inari and Ivalo is built so low that water would move through during flooding,” says Jarmo Huhtala, Senior Officer at the Centre for Economic Development, Transport and the Environment of Lapland. The hydroelectric plant is located 18 kilometres south of Inari, and it is right next to the Finnish national road 4, which is a major road link from Helsinki to Utsjoki. The current bridge would not be able to handle any flooding and would risk cutting off the only road between the Inari and Ivalo towns. Further risking commuters not being able to go to work, as well as all emergency vehicles travelling from north of Inari to medical services further south.

The area around Rahajärvi lake is a very popular recreational area in the municipality, and over the years people have been building cottages to the shore of the Lake. These plots of land are very sought after, since naturally Finnish people want to build their cottages close to the water. Removing the embankment dam and allowing water to run freely would see some shorelines retracted. “If the lake surface would be lowered to its natural state, that would create complaints for years to come in courts,” Huhtala explains. Lowering the lake surface could retract the shoreline drastically, effectively ruining the view from the cottages and houses.

According to Senior Officer Huhtala, the process of returning the area to its natural state will have to be done in phases that could take decades. Huhtala explains that the original vision was to conserve the power plant as a historical building, and allow the water to run freely through the original riverbed, but these ideas were quickly changed. Reversing the damage already done to the area too fast would cause negative changes to the area. According to Huhtala, the changes will be conducted over the next decades; they will take down the embankment, while a submerged dam will be added to Rahajärvi lake, in order to keep the water levels from lowering.

Ever since the hydroelectric power plant was built in the early 1950s, the plant has been preventing fish, such as the precious trout, from migrating up to spawn in Rahajärvi lake as well as other rivers and lakes connected to the plant. In the 90s, there were attempts to clear a way for migrating fish by building steps next to the riverbed, which were unsuccessful. “The idea is that the cascade could return as a trout and grayling habitat - they could spawn and migrate to the nearby waters,” Huhtala explains.

This is the first time a project such as this one is being conducted in Northern Finland. Shutting down a hydroelectric power plant and attempting to restore the natural paths for migrating fish, while preventing negative side effects such as flooding is a task that will take decades to resolve. The changes done in the last 70 years will not be reversed quickly.