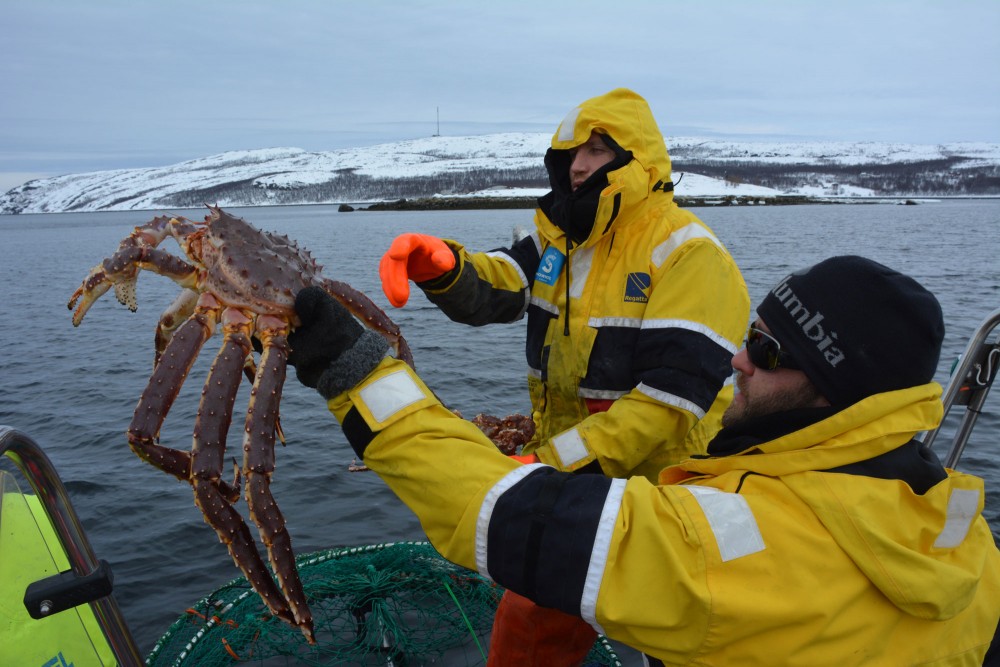 Crab catch on the coast to the Barents Sea. Photo: Atle Staalesen

Norway’s export of seafood in 2021 was equivalent of 42 million meals every day of the year.
Read in Russian | Читать по-русски
By

Fishing and aquaculture are becoming even more important than ever before in the so-called blue economy, a term relating to exploitation of the marine environment.

“2021 was another exciting export year for Norwegian seafood. We are in the very favorable position of having products in high demand the world over - even in times of crisis. This has resulted in a growth in demand, record export volumes and a total export value that Norway has never experienced before,” says Renate Larsen, CEO of the Norwegian Seafood Council.

The value of the 3,1 million tons of seafood exported last year was 120,8 billion Norwegian kroner (€12,11 billion), the Seafood Council informs.

According to Larsen, this impressive amount shows that seafood is one of Norway’s key industries for the future.

The increase is 14,3% compared with 2020 and more than a doubling over the last decade.

Cod is still the most important fish catched by fishermen with an export value of 9,8 billion kroner (€0,98 bn), but aquaculture is by far creating the best income. Export of farmed salmon had a value of 81,4 bn kroner (€8,16 bn), the overview from the Seafood Council shows.

Europe is the most important market for Norwegian seafood, but also Asia and North America buy a significant amount of fish from Norway.

“The abolition of the quota for red king crab in Alaska combined with increased demand in Asia, the USA and Europe has led to the demand for king crab being greater than the supply, and this has led to adventurous prices globally. The export price for both live and frozen king crab has increased from 327 kroner per kg in January to 640 kroner per kg in December”, says Josefine Voraa, Manager for Shellfish with the Norwegian Seafood Council.

Norwegian and Russian fishermen get 20% cut in Barents cod quotas