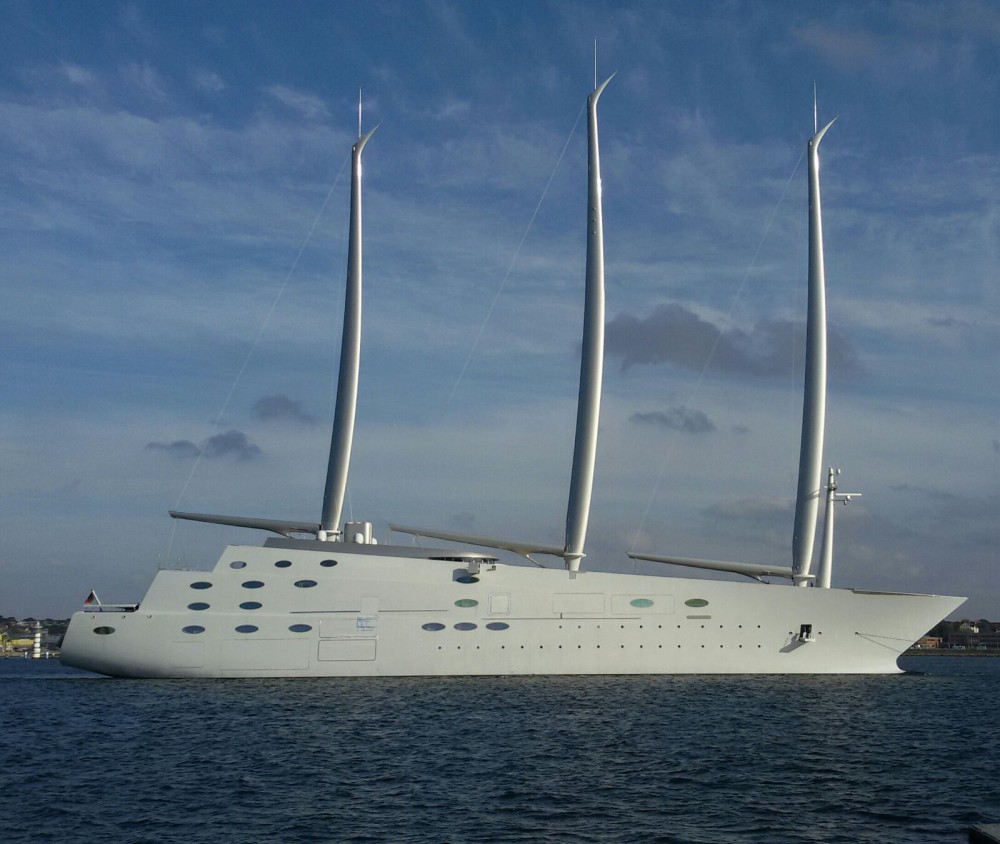 Superyach "A" was until Friday owned by billionaire Andrey Melnichenko. Photo: Creative Commons/KarleHorn

Andrey Melnichenko, owner of EuroChem’s mining and metallurgy subsidiary Kovdorskiy GOK, is sanctioned by the European Union in response to Russia’s war on Ukraine.
Read in Russian | Читать по-русски
By

The highest mast on Andrey Melnichenko’s eight decks large yacht “A” is taller than Hotel Arktika (Azimut) in the centre of Murmansk.

It was unlikely at the Seven Skies bar on the top floor of Hotel Arktika Andrey got the idea to build the world’s tallest sailing yacht. From the bar, however, guests can overlook the central harbour of Murmansk, Russia’s largest port in the north where he is majority shareholder.

The 19-floor Hotel Arktika is 72 meters, 19 meter shorter than the 91 meter tall mid-mast on board sailing yacht “A”.

Together, the eight decks and the tallest mast, the vessel is three times higher than Alosha, the WWII monument on the hill just outside Murmansk city centre. The 35,5 meter tall statue is the highest in northern Russia.

It is also war that brought an end to Andrey Melnichenko’s ownership of the 468-feet superyacht valued at €417 million.

Italian police boarded the superyacht on Friday in the port of Trieste as part of the Western crackdown on wealthy oligarchs linked with dictator Vladimir Putin’s invasion of Ukraine, Reuters reported.

Andrey Melnichenko os by the European Union described to be one of the most influential in Putin’s circle of Russian businesspeople.

“On 24 February 2022, in the aftermath of the initial stages of Russian aggression against Ukraine, Andrey Igorevich Melnichenko, along with other 36 businesspeople, met with President Vladimir Putin and other members of the Russian government to discuss the impact of the course of action in the wake of Western sanctions,” the EU Council writes in its March 9 decision to sanction the oligarch.

Andrey Melnichenko’s assets also includes Siberian Coal Energy Company (SUEK), the leading coal producer in Russia and owner of 75% of the shares in Murmansk Commercial Sea Port, as reported by the Barents Observer in 2017.