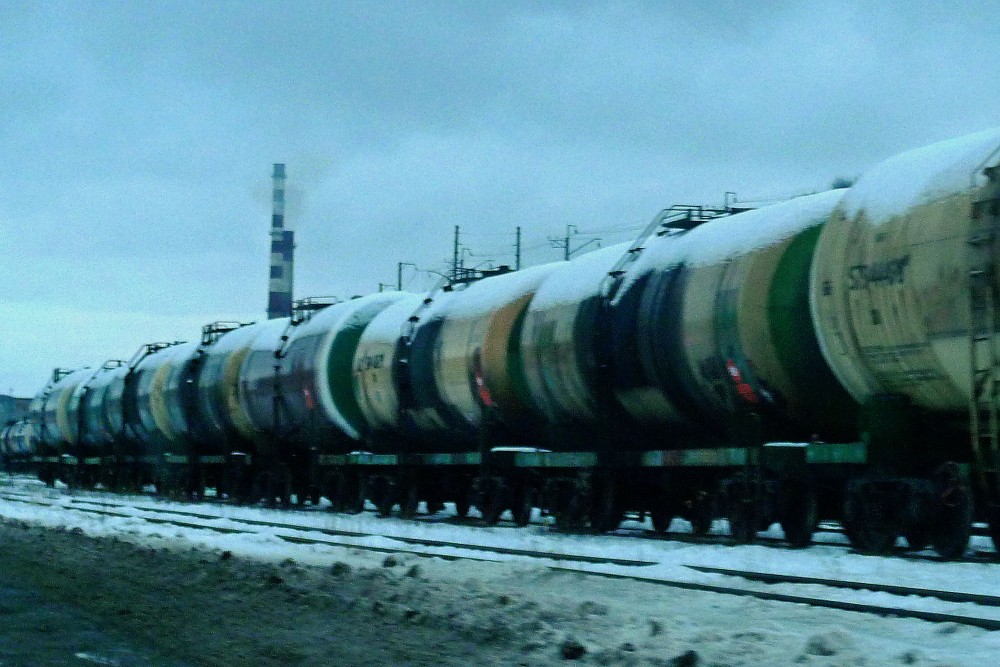 UK bans Russian oil tankers from ports and refineries in the European Union greatly reduces purchases out of Murmansk.
Read in Russian | Читать по-русски
By

Millions of tons of crude oil are annually shipped out of Murmansk, mainly to the markets in Europe. The ice free port in the Russian Arctic has several terminals for reloading. Thousands of wagons with oil travel by rail across European Russia from fields in western Siberia to Murmansk and in the Kola Bay, ship-to-ship reloading takes place from tankers coming from Varanday, Prirazlomnoye and Novy Port via the eastern Barents Sea.

Russia produces nearly 11 million barrels crude oil per day, or about 10% of global supply. Of this, some five million barrels are exported, mostly to Europe. Due to the ongoing war in Ukraine, oil export out of ports on Russia’s Black Sea coast has stopped. That would, theoretically, make Murmansk even more important.

At railway tracks in Murmansk, the big quantities are highly visible. In periods, thousands of wagons are in queue for being unloaded to tankers at port. Further out in the Kola Bay are several tankers serving ship-to-ship reloading.

As of March 1, Russian-owned, operated, chartered, registered or flagged, including oil tankers are banned from docking at ports in the United Kingdom. Canada introduced a similar ban on Russian vessels the same day.

Even though the United States has not sanctioned Russian oil, traders are avoiding it, Reuters reports. The same trend is seen in among European purchasers, according to the New York Times.

Traders and European refineries have greatly reduced their purchase of Russian oil. Some have stopped altogether, the newspaper writes.

In Scandinavia, the refiners like Neste Oyj in Finland and Preem in Sweden have halted purchases of oil from Russia.

According to Marine Traffic, there are currently three supertankers sailing outside northern Norway on Wednesday en route towards Murmansk, the “Beijing Spirit”, “Green Attitude” and ”Boris Sokolov”.