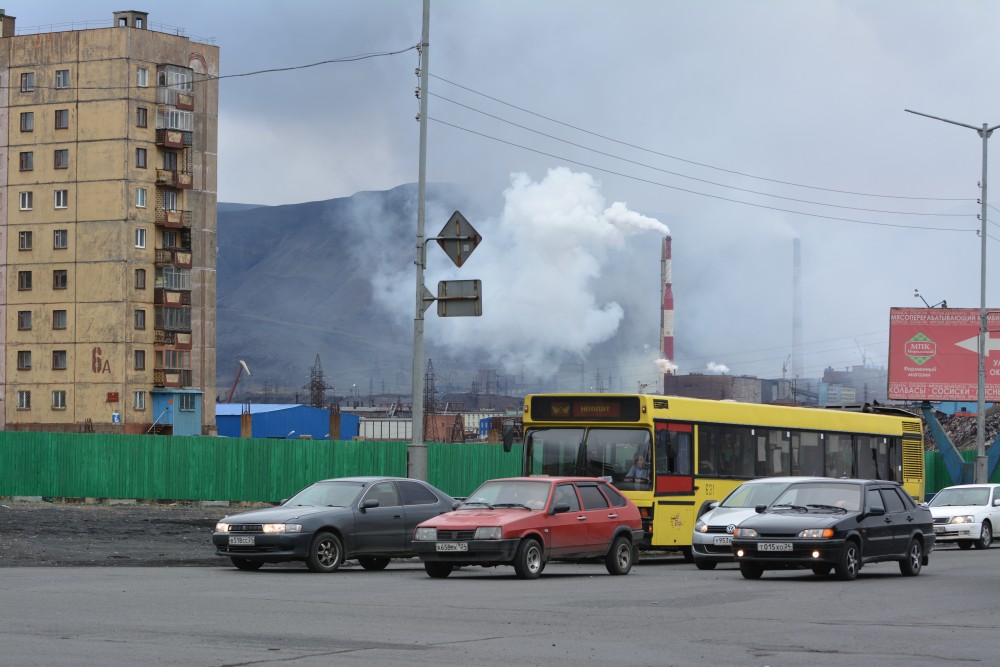 Norilsk in northern Siberia is one of the most polluted places on planet earth. Photo: Thomas Nilsen

Russia has quietly made it easier to build pipelines in nature reserves, scrapped regulations on automobile emissions and pushed back measures to reduce pollution as part of a broad rollback of environmental regulations that looks set to gather pace amid the war in Ukraine and a deep economic recession.
Read in Russian | Читать по-русски

Business organizations are lobbying for many environmental provisions to be ditched, arguing that it would help mitigate the effects of Western sanctions and an economic crisis.

“Things are changing,” environmental journalist Angelina Davydova told The Moscow Times. “Some specific environmental standards and laws are being rolled back.”

In particular, a law passed last month made it easier for businesses to embark on major construction projects in Specially Protected Natural Territories (OOPT), which cover some 12.5% of Russian territory.

While an earlier version of the law was watered down after a public outcry and parliamentary opposition, the final version still looks set to usher in significant changes.

In particular, campaigners are worried about the construction of oil and gas pipelines, which are often built with substandard equipment and are at risk of leaks.

“After the law is implemented, it will still seriously raise the risks of a technogenic impact inside OOPTs,” said Dmitry Gorshkov, the Russia head of the World Wildlife Fund (WWF).

Many of the other legislative changes to affect environmental standards since the start of the war include delays to previously-approved regulations.

The head of environmental watchdog Rosprirodnadzor Svetlana Radionova announced last month that all environmental reviews for businesses will be frozen for two years.

And the Natural Resources and Environment Ministry has pushed back by two years the deadline for the implementation of the Clean Air Project – a government initiative to control harmful particle emissions in Russia’s most polluted cities.

Officials argue that such changes are necessary to stimulate economic activity and give Russian businesses the chance to adapt to the new economic conditions created by Western sanctions and the exit of many Western businesses from Russia.

The Russian economy may contract by more than 10% this year, according to predictions by the World Bank.

Business lobby groups have been at the heart of efforts to persuade the government to soften regulations on emissions and pollution standards.

These included multi-year delays for companies obliged to install emission monitoring and control systems after the receipt of a government environmental permit.

Greenpeace’s Davydova said 42 out of the 43 RSPP initiatives “weaken environmental regulations and give businesses a free hand in such a way that the country is guaranteed to face multiple accidents and environmental catastrophes.”

One of the most high-profile regulatory rollbacks since the start of the Ukraine war has been in the car manufacturing industry – as of early May, Russian car makers no longer have to adhere to pollution control standards used by the European Union.

Not only will this lead to greater pollution, but also reduced passenger safety, the Kommersant business daily reported.

The pressure for specific changes usually come from either business groups or individual companies, according to journalist Davydova.

“The business community as a whole is aiming at softening the [environmental] requirements,” she said.

At the same time as repealing laws and rolling back regulations, many also fear that the government could seek to crack down on environmental activists.

“In wartime, the economy is under pressure and environmental activism is seen almost as treachery,” Igor Ivanov, an activist in the northern republic of Komi, told The Moscow Times’ Russian service.

Ivanov was fined 30,000 rubles ($530) by a Russian court earlier this month for an anti-war social media post.

Other environmental and climate change activists have fled abroad since the start of the war, fearing criminal prosecution — an absence that is likely to mean a further weakening of oversight when it comes to environmental issues on the ground.

More broadly, many fear that the invasion of Ukraine has changed the Kremlin’s political priorities and that major climate reforms could soon be scrapped.

The Russian Energy Ministry may even review its goal of reaching net zero carbon emissions by 2060, according to Greenpeace’s Davydova.

Either way, as the war drags on and Russia’s economic problems deepen, there is likely to be no let up in efforts by officials and businesses to scrap regulations designed to protect the environment and reduce greenhouse gas emissions.

“The new norms will lead to less environmental control of a company’s activities on all levels,” said WWF’s Gorshkov.