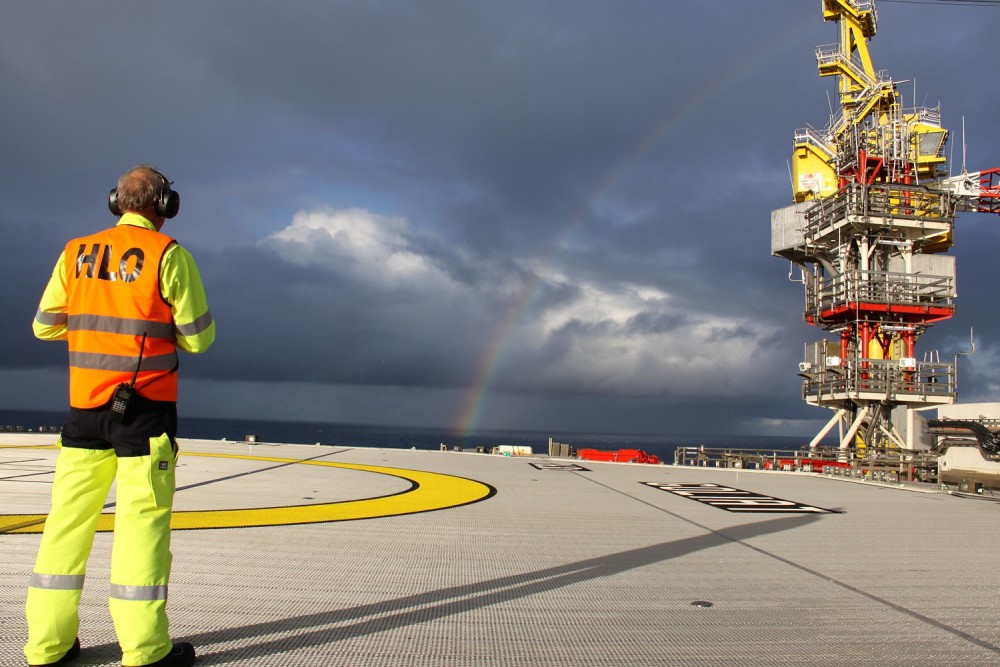 Helideck on the Vår Energy operated Goliat FPSO in the Barents Sea. The current gas discovery is about 27 km northeast of the Goliat field. Photo: Kjersti Aanderaa / © Vår Energi

"It comes as a Christmas gift," says Alessandro Barberis, Vice President Exploration with Vår Energy after the largest discovery on the Norwegian shelf this year.
Read in Russian | Читать по-русски
By

The estimated size of the discovery is between 9 to 21 billion standard cubic meters of recoverable gas resources, the petroleum company announces the day before Christmas Eve.

Lupa well is in the area of the Goliat field in the western Barents Sea where Vår Energy since 2017 has produced oil. The production platform is the northernmost on the Norwegian continental shelf and the world’s northernmost offshore floating oil platform.

“The Lupa discovery further strengthens our foothold in the north,” says Rune Oldervoll with Vår Energy, a company owned by the Italian-based ENI and HitecVision.

Oldervoll says the new big gas discovery “could serve as another step towards realizing additional gas infrastructure in the Barents Sea.”

Aker BP holds half of the stake in the license today announced by Vår Energy.

A challenge with the gas discovery is the lack of transport infrastructure. Today, Hammerfest LNG is the only receiver of gas from the Barents Sea and this Equinor-operated processing plant gets all needed gas from the Snøhvit (Snow White) field.

Options are enlargement of Hammerfest liquid natural gas (LNG) production, pipeline solution, or another new LNG-plant on the coast of Finnmark region in northern Norway.

Electrification will cut CO2 emissions to zero at Hammerfest LNG