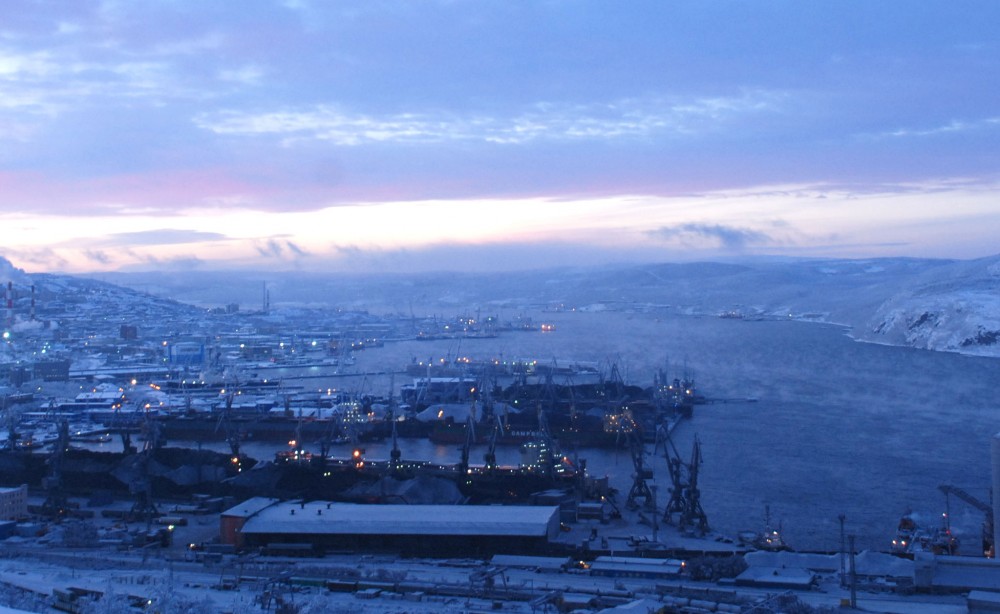 The ships that now that set out from the Russian Arctic port are heading towards Turkey, North Africa, Asia and South America.
Read in Russian | Читать по-русски
By

Only few months ago the lion’s share of the ships sailing out from the Kola Bay had course for Rotterdam and other European ports.

Today, it is all different.

A tectonic shift has taken place in Russia’s international trade, and it is well reflected in shipping from far northern Port of Murmansk. Hardly any of the ships that today set out from the port have European destinations. Instead, they sail towards “friendly” countries.

Murmansk has one of Russia’s five biggest seaports. It normally handles more than 50 million tons of goods annually, most of it crude oil, coal, as well as fertilisers and processed nickel.

Ship tracking shows that practically all the tankers and cargo vessels that in January 2023 sailed from the north Russian port with export goods were heading to ports in Turkey, North Africa, Asia and South America

Among the key destinations were the Turkish ports of Iskenderun and Zonguldak and Egyptian Ports Said. In addition, carriers had course for ports in Brazil, Libya, Morocco and China.

There were also ships heading towards Mumbai, India.

Russia in spring 2022 stopped releasing official statistics on its international trade. But, figures from other sources show the dramatic shift in partner countries.

Data from Telegram channel Tverdye Tsifri show that exports to India in November 2022 increased six-fold year-on-year, and to Malaysia with 2,6 times. There is also a significant increase in shipments to China and Turkey.

According to newspaper RBC, by late 2022 about 40 percent of all shipments of Russian crude oil was bought by India. And Turkey bought 21 percent of the oil.

Russian exports of oil to China in the period January-November 2022 increased by 10 percent compared with the same period in 2021. In November, Russia exceeded Saudi Arabia as the biggest oil exporter to China.

At the same time, Russian overall oil exports by ship are in decline. The negative trend started in November, and in the first half of December shipments are reported to have dropped by about 50 percent.

Over the past years, about 55 percent of Russia’s export has been to the “unfriendly” countries in the EU. In 2022, the figure dropped to 45 percent, RBC reports.

A lion’s share of the export to the EU has been oil and natural gas. With the oil embargo that came into effect in early December 2022 and the sharp reduction of natural gas imports, the Russia-EU trade will in 2023 be dramatically lower.

Metals and ores like nickel are still exported to the EU. However, Russia’s major mining and metallurgy company Nornickel has made clear that it is ready to open alternative export routes and markets outside the union.

The big shift in trade partners and shipping routes is bad news for the Port of Murmansk. The distance to the markets is significantly growing along with transportation costs. It could also affect the region’s plans for new seaport development.

However, the situation does not seem to bother Governor Andrei Chibis, who is proceeding with the development of the Lavna port on the western shore of the Kola Bay.

“This port complex will allow our country to transfer goods flows from Baltic to Russian port, something that is of major relevance today. It will also help us conquer new markets and increase [local] exports of coal to 18 million tons per year,” he said during a recent visit to the terminal site.