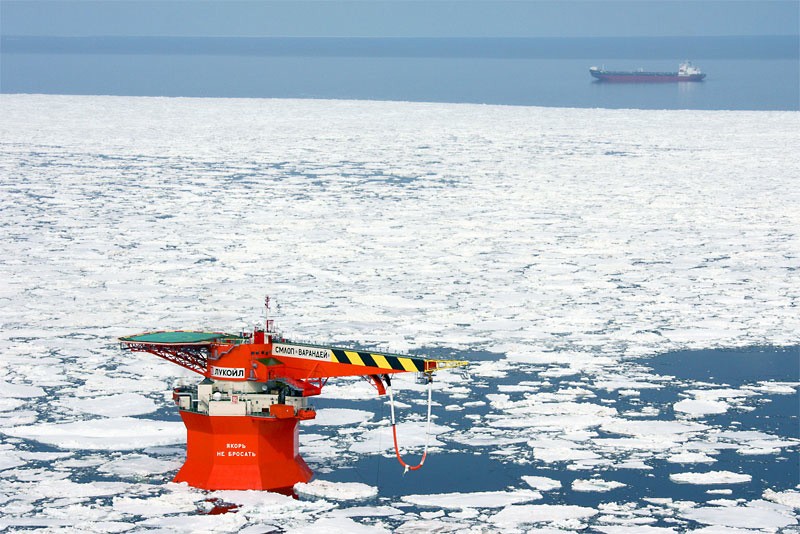 Lukoil might develop East-Taimyr in a similar way as the Timan Pechora area where the Varandey terminal is a key object. Photo: Lukoil

A Moscow court decides that Lukoil has the legitimate right to develop the East-Taimyr field.

The Arctic oil industry might be in a state of crisis, but Russian companies still keep up their interest in additional licenses in the area.

Recently, the country’s two biggest oil producers engaged in a fight over the East-Taimyr field, a structure located on the northern tip of Taimyr, the peninsula located between the Kara and Laptev Seas.

Lukoil was first declared winner of the license. However, Rosneft disputed that decision and took the case to court.

For Lukoil, the East-Taimyr is seen as a gateway to a new and untouched region. Resources in the area could be significant and the company might be interested in developing them in a similar way as in the Timan-Pechora province, newspaper Vedomosti reports. There, Lukoil pipelines oil to the terminal of Varandey, from where tankers ship the hydrocarbons to the world markets through the Barents Sea.

The privately-owned company pays a total of 1,9 billion rubles (€26 million) for the East-Taimyr license, as much as 600 times higher than the tender starting price.