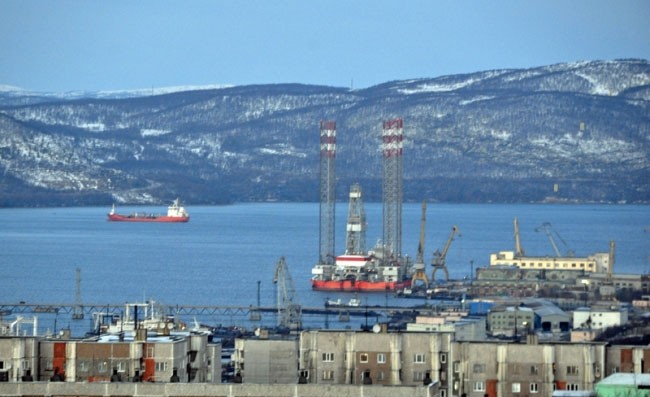 Murmansk eyes more oil and gas developments as Rosneft and Gazprom both want the license to the Murmanskoye field. Photo: Thomas Nilsen

Both Gazprom and Rosneft want the license to the 121 billion cubic meter gas field located off the coast of the Kola Peninsula.

The Murmanskoye field is located about 220 km north of the Murmansk coast and has long been seen by regional authorities as a key source of natural gas for local industry and as major investment object.

Now, project development might take a step forward. The Russian Ministry of Natural Resources confirms that it intends to offer the field in an upcoming auction.

However, the auction process will hardly take place without controversy.

Both state companies Rosneft and Gazprom want the license and will do what they can to convince the Natural Resource Ministry.

According to Deputy Minister Denis Khramov, both the two companies have included the field in their respective shelf development programs. That means that the issue will be solved in an auction, he says to Interfax.

”This will be solved in a logical way; we will give the field to the company which pays most”, he says. ”This is the principle which will be applied”, he adds.

In a previous interview with newspaper Vedomosti, Natural Resource Minister Sergey Donskoy said that the federal government has not yet decided which which of the two companies will get the Murmanskaya license, but that the main rule is that ”Gazprom gets licenses to gas fields while Rosneft gets the oil fields”.