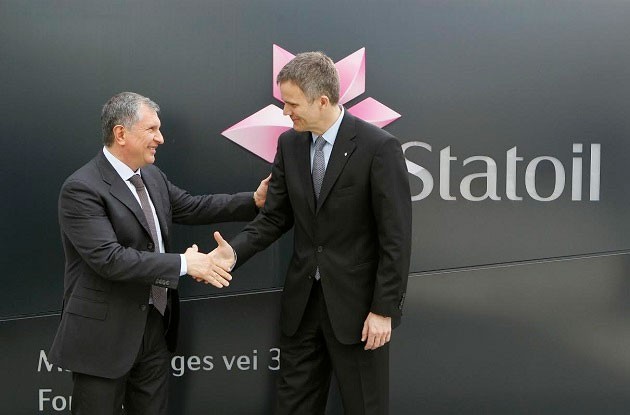 Four Russian-owned companies bid for the Arctic licenses offered as part of Norway’s 23rd License Round.
By

The license round, which includes a number of blocks in the immediate vicinity of the Norwegian-Russian maritime border, attracts interest from Russian companies.

All the four companies were represented also in the 22nd Norwegian License Round. However, then DEA Norge and E.On E&P Norge did not have Russian ownership.

The RWE DEA was in March this year bought by Russian business tycoon Mikhail Friedman and his company LetterOne, and in October this year, Friedman moved on to buy also the Norwegian branch of E.On.

Now, Friedman and his companies will fight for license rights in the Norwegian Barents Sea. As previously reported, the 23rd License Round includes 57 blocks, 53 of them in the Barents Sea and eight located directly along the maritime border with Russia.

In 2014, DEA in partnership with license operator Lundin, made a discovery at the Alta prospect, and an appraisal well was successfully drilled in September 2015.

RN Nordic in the 22nd Round got a license stake in partnership with Statoil, while Lukoil Overseas has two stakes.

Together with project operator Lundin Norway, Lukoil is currently in the process of exploring one of its two Norwegian licenses, the Eagle prospect in the Barents Sea.

In August-September 2014, RN Nordic and partner Statoil found gas at the Pingvin structure in the Barents Sea. However the discovery was far too little to be commercially viable. The Pingvin well is located close to Johan Castberg, the major oil field discovered by Statoil in 2011.