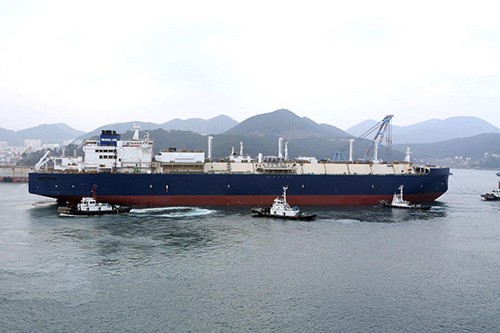 The first Yamal LNG tanker on the water by the DSME yard in South Korea. Photo: abb.ru

The carrier will be the world’s most powerful of its kind.
By

The Daewoo Shipbuilding and Marine Engineering (DSME) has put the first of the Yamal LNG tankers on the water, company ABB reports.

The ship, built for the Yamal LNG project, is fitted with three 15 MW ABB Azipod propulsion units and will be the largest icebreaking vessels in the world with an independent ice-going capability in up to 2,1 meter thick ice.

It is constructed the by the Daewoo Shipbuilding & Marine Engineering (DSME), which in 2013 won the $316 million contract on construction of sixteen of the Arc7 carriers.