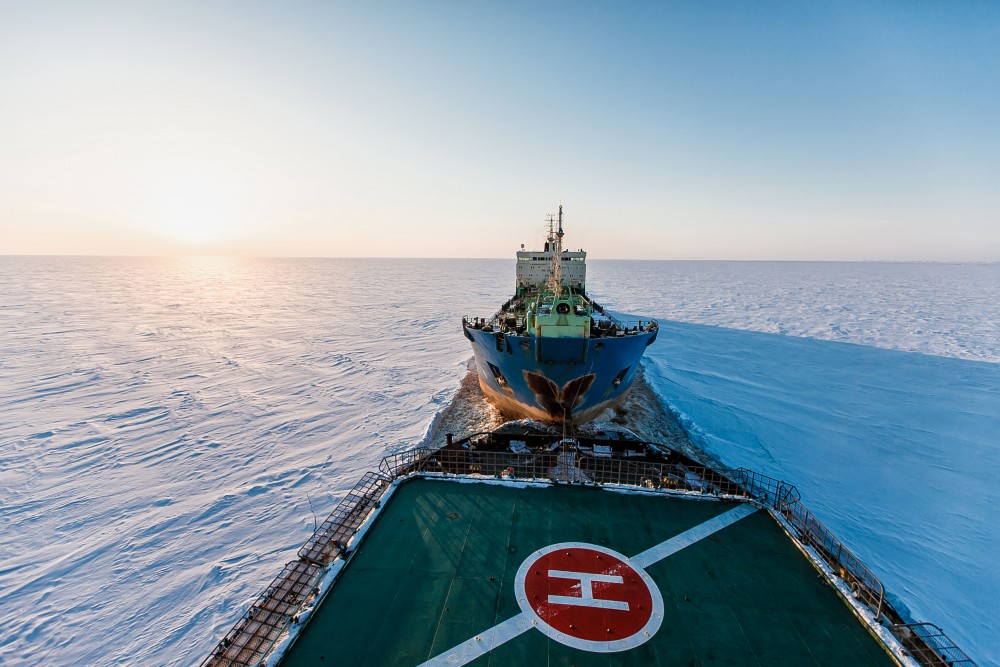 Foreign vessels are getting easier access to the icy waters of the Ob Bay. Photo: Gazprom-Neft.ru

Shipping regulations in the shallow Arctic waters are liberalized in connection with upcoming production launch at the Novy Port oil field.

The decree signed by Prime Minister Dmitry Medvedev on 30 December allows foreign vessels to sail to the inner parts of the Ob Bay without obtaining special permissions. It comes as oil company Gazprom Neft is preparing for production start at Novy Port, the oil project in the Yamal Peninsula.

The decree covers the northern parts of the Ob-Irtysh basin, waters which previously were defined as interior waterways and consequently subjected to restrictions.

Shipping in the Ob Bay is significantly is picking pace in connection with the Novy Port and Yamal LNG projects. The latter project includes the port of Sabetta, an infrastructure hub located further north in the Yamal Peninsula.

The Novy Port project is with its about 250 million tons of oil one of the biggest oil fields in Yamal. It is operated by Gazprom Neft and will have an annual production of five million tons. The project includes the construction of a terminal port at Cape Kamenny in the Ob Bay.