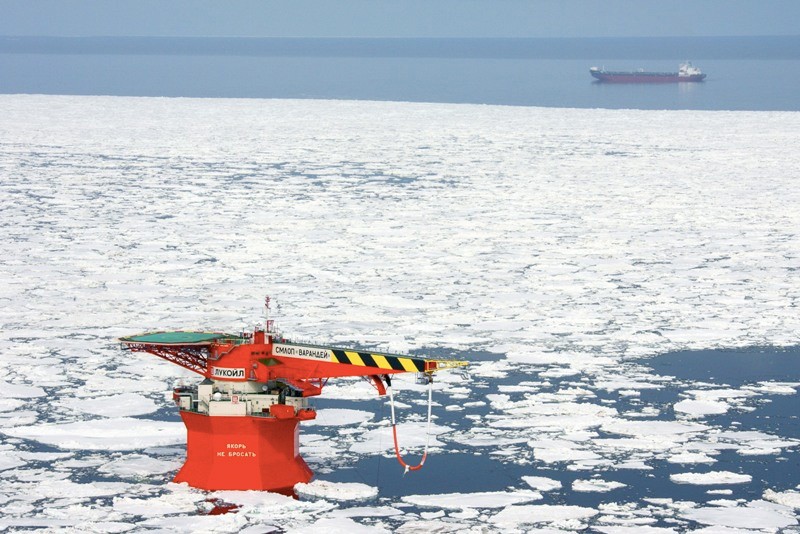 The oil company considers to move reloading of its Arctic oil to Murmansk.
By

Russia’s second biggest oil company is looking into possibilities to establish an oil reloading facility in the Kola Bay, Portnews.ru reports. The facility, most likely a floating ship terminal, is to handle the company’s oil from Varandey, the key oil port on the coast of the Pechora Sea.

The moving of the reloading facility to Murmansk would be a major blow to Norterminal, the Norwegian company which currently is handling all the Varandey oil in a fjord near Kirkenes, the Norwegian border town.

Norterminal has major plans for its cooperation with Lukoil. A projected new land-based terminal near Kirkenes will have an initial oil storage capacity of 700.000 cbm and an annual capacity of 20.000.000 tons. Until the new terminal is built, Norterminal intends to continue with ship-to-ship reloading of the Russian oil.

In 2015, the company handled about 7 million tons of oil, presumably almost all of it from Varandey.

Norterminal is owned by Jacob Stolt-Nielsen, one of the strongmen in Norwegian shipping.

Lukoil is the owner of the Varandey terminal, a key infrastructure object for the company’s oil production in the Timan-Pechora province. Oil from several regional fields, among them the Yuzhno-Khilchuyu, is pipelined to the terminal and from there taken by ice-class tankers to the trans-shipment facility.

In a comment to Portnews, First Deputy Governor of Murmansk Aleksey Tyukavin says that his region is ready to do whatever it takes to bring Lukoil’s oil reloading industry back to Russia.