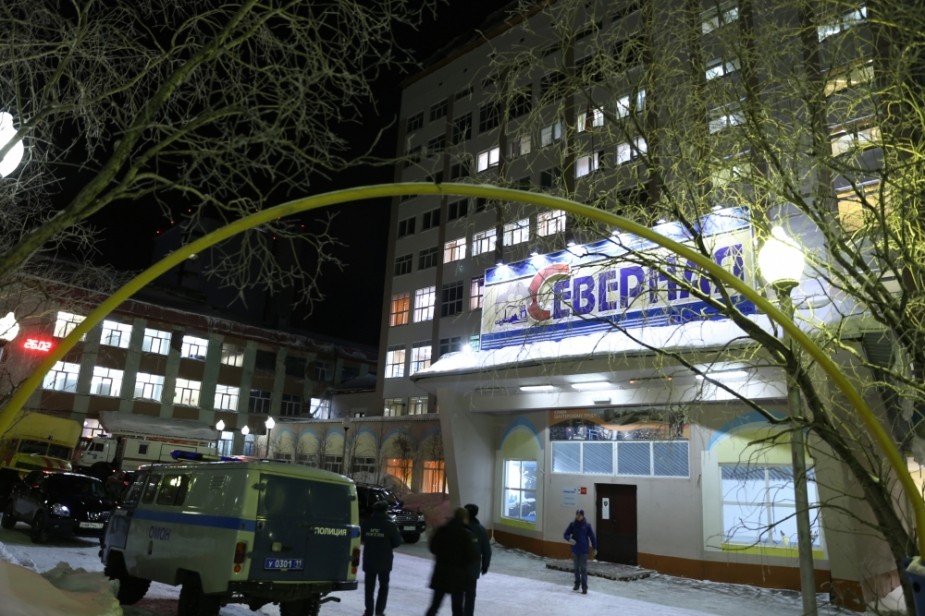 The entrance of the Severnaya coal mine in Vorkuta. Photo: MChS Komi

Twenty six miners are still missing and four confirmed dead after explosions, rock collapse and fire hit a coal mine in Vorkuta in the Russian Arctic on Thursday.
By

The Vorkutaugol mining company, which runs the mine, said parts of the facility had collapsed after a sudden leak of methane gas triggered two blasts, Vedomosti reports.

“According to preliminary information, an explosion occurred in the mine in the afternoon on Thursday. The evacuation of people was organized immediately. About an hour later there was a second explosion,” Head of Vorkutaugol Coal Company’s Press Service Tatyana Bushkova said.

According to Bushkova, there were several rock falls in the epicenter of the explosions. The explosions caused a fire which is impossible to extinguish by conventional methods yet.

There were 110 workers in the mine at the time of the accident. Most of them were rescued, but two persons were found dead on Thursday, and another two on Friday morning. Four are hosiptalized.

Search for the 26 workers that are missing in the accident continues. A party of 70 rescuers is expected to arrive in Vorkuta today.