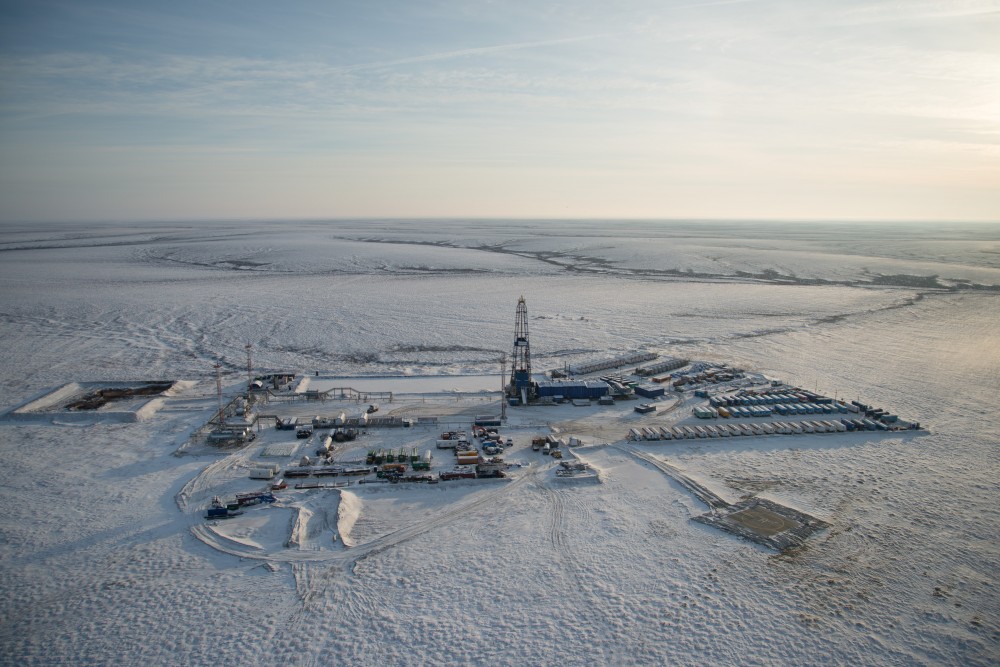 Gazprom-Neft are among the big Arctic oil producers. Here from the company's Messoyakhskoye field. Photo: Gazprom-Neft.ru

The country’s three leading Arctic oil producing regions are pumping as never before.
By

The low oil price is putting the Russian economy on its knees. But the country’s oil pumps are steaming as never before. In 2015, the country set a production record of 534 million tons, a 1,4 percent increase from 2014.

Also in the Russian north, oilmen are pushing the limits of their drilling rigs. In 2015, the regions of Nenets AO, Komi Republic and the Yamal Nenets AO together produced a total of 50,5 million tons, information from the regions show.

In the Nenets Autonomous Okrug and the Komi Republic, the two regions located in the oil-rich Timan-Pechora area, production in 2015 amounted to 14,6 and 14,9 million tons respectively, a 6,4 and 5,4 percent increase from the previous year.

According to Patchwork Barents, oil production in the two regions in 2014 totaled 13,5 and 14,2 million tons respectively.

Additional increase is in the pipeline. In the Nenets AO, new fields are under development, among them the Titov and Trebs field. Operator Bashneft says it intends to increase project production to two million tons in 2016 and further to 4,8 million tons in 2019, GorodUsinsk.ru reports.

In the neighboring Komi Republic, oil production will in 2016 increase by about 0,7 percent, news site Komi Online informs.

Also the Yamal-Nenets Autonomous Okrug plans for an increase in oil production. In 2015, the regional companies produced 21 million tons, a decline of about four percent from 2014, but a significant increase is around the corner, the regional government informs. In the course of 2016, Lukoil intends to launch production at the Pyakyakhinskoye field, and that will turn the trend, the regional government website informs. In addition, Gazprom Neft will continue its development of the Novy Port project, from where output gradually will increase to an annually 5,5 million tons.

The Yamal-Nenets region is also the site for Russia’s biggest gas fields, among them the Bovanenkovo field in the Yamal Peninsula.

The growing Russian oil production is also reflected in the volumes of oil out-shipped through the country’s Arctic terminals. As previously reported, the oil exports shipped through the Barents Sea has never been as high as in 2015.