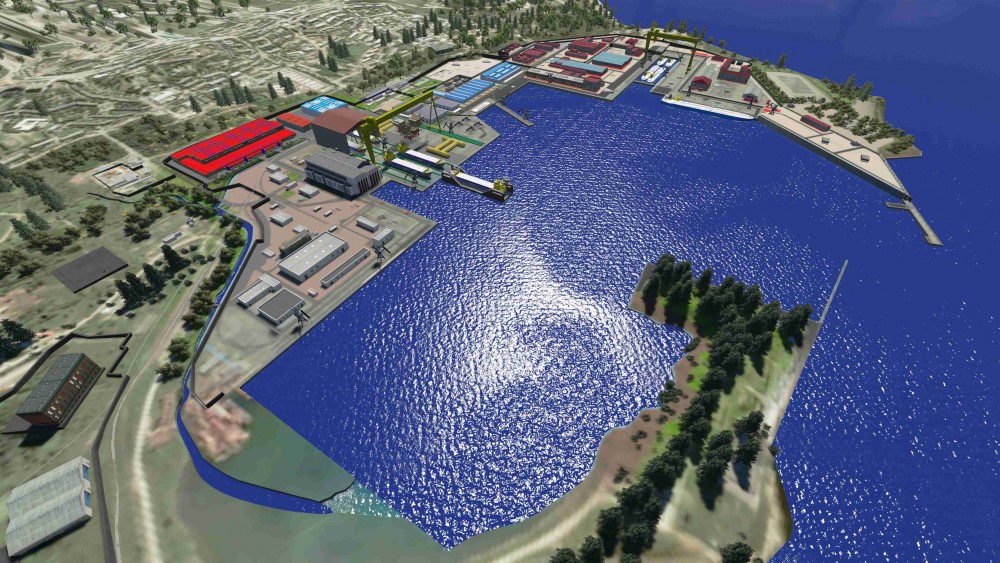 Russia’s Zvezda shipyard in the Far East will be ready to produce supertankers and rigs for the Arctic in 2020, Nikolay Patrushev says.
By

Russia has started reconstruction of the old Zvezda shipyard in Bolshoy Kamen Bay in Primorsk Kray. When the giant project is finished, Russia will be able to support itself with supertankers and other ice-class vessels to operate on the Arctic shelf.

“Our country will actually be able to create the world’s first and most powerful Arctic fleet,” Head of Russia’s Security Council Nikoaly Patrushev said in an interview with Rossiyskaya Gazeta. “The shipbuilding center Zvezda will help ensure national security and state interests in the field of maritime activities.”

Zvezda will be Russia’s largest and most modern civilian shipyard, focusing on large-tonnage ship construction, Patrushev says. By 2020 the shipyard will start production of 350,000-ton tankers and other equipment for the Arctic, including LNG tankers and elements for offshore platforms.

The first production workshops are planned to be operational already by the end of 2016, and the whole shipbuilding center should be ready by 2024. The center will need some 7500 workers.

Under the president’s constant control
According to Patrushev, there are several problems concerning the shipyard that need to be solved. They are connected to the economic sanctions against Russia, lack of personnel, and the problematic logistics and hash climate in the area.

“Construction of Zvezda is under President Vladimir Putin’s constant control,” Patrushev says. It was Putin himself who in 2013 gave the orders for the construction of a shipbuilding center in the Far East. The president recently held a meeting about the progress of the project, where he gave orders to increase the level of coordination and efficiency of state authorities and stakeholders from oil companies, shipping companies and others.

Large companies involved
Putin also ordered that a strategy for development of the shipyard’s production base should be prepared, based on orders from oil companies and shipping companies.

“Rosneft”, “Gazprom”, “Novatek” and “Sovcomflot” has already signed agreements of intent, providing for orders on vessels, drilling platforms and other equipment to Zvezda. These companies will in the near future prepare a plan for orders to the shipyard for the period until 2035.

In December 2015 Rosneft CEO Igor Sechin said to TASS that his company’s total investments in the construction of Zvezda shipyard will amount to 145 billion rubles.