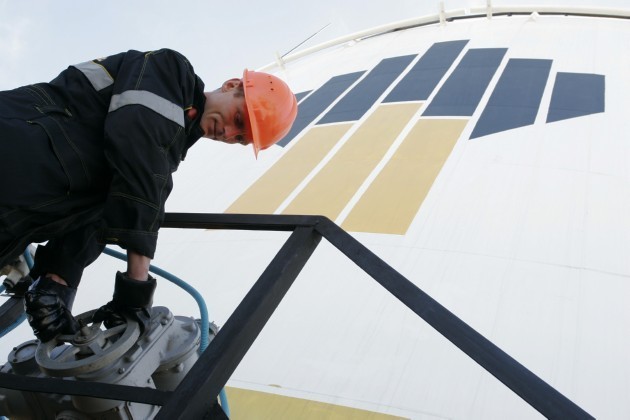 According to newspaper Kommersant, some of the key projects of the Murmansk Transport Hub have not only been halted, but risk never to be realized at all.
By

Because of the foggy perspectives for oil and gas developments in the Arctic, the planned oil-reloading terminal in Lavna in Kola Bay might never be built.

Rosneft in the end of 2015 started the process of buying 100 percent of the stocks of the company “Oil Terminal Lavna” from Sintez Petroleum. The terminal is located on the western shore of the Kola Bay, just few kilometers from the city of Murmansk. But now Rosneft has decided not to build any terminal for reloading of oil in the area, Kommersant writes. The planned terminal was going to have a capacity of 25 million tons per year from fields on the Arctic shelf, and another million tons from onshore fields.

The Russian Federal Antimonopoly Service gave its permission to Rosneft to buy Lavna, but the deal was never concluded.

“At the current time, the company [Rosneft] is not the owner of “Oil Terminal Lavna”, and does not conduct any construction on its territory,” a source says to Kommersant. Rosneft does not see the point in building any terminal due to lack of economic viability and a resource base.

Also other oil companies – Gazprom Neft, Lukoil and Bashneft, have expressed that they don’t have any need for an oil terminal in Lavna.

Coal terminal also in the blue
Another project within the Murmansk Transport Hub, a coal terminal planned to be built in the Lavna area in the Kola Bay, has also been halted, a source says to Kommersant. In April 2015 the State Transport Leasing Company was going to take over the project from Kuzbassrazrezugol, but changed its mind. “The project will not survive without state funding,” the source said.