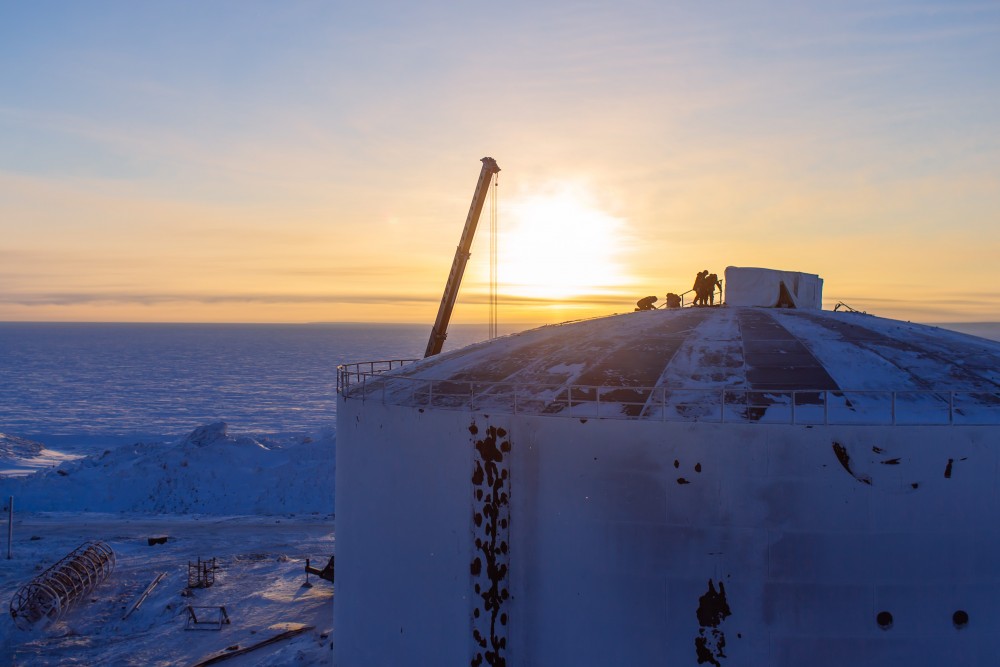 Six gas electric turbines will provide Gazprom Neft with the energy it needs for the Novy Port oil field.
By

The company in March completed the installation of the first three turbines, each of which have a generation capacity of 16 MWh, a press release informs.

A total of six turbines will fuel the oil project, the biggest in the Yamal Peninsula. The generation capacity of 96 MWh could later be extended to 144 MWh, the company says.

«The remote location of the Novoportovskaya field requires us to develop autonomous generation capacities», Gazprom Neft Deputy General Director Vadim Yakovlev says. «The usage of surplus natural gas from our own raw materials allows us to provide relatively cheap power to the production objects […] and also enhance the utilization level of associated petroleum gas», he adds.

The power plant is located on Cape Kamenny in the Ob Bay where Gazprom Neft currently develops a new major port and terminal complex.

When in full swing, the powerplant will among the biggest of its kind in the Arctic. From before, Statoil has a gas powerplant in Hammerfest, northern Norway, for its Melkøya LNG plant. That power station has a capacity of about 215 MW electricity and 167 MW heat.

The Novoportovskoye is one of the biggest oil fields in the Yamal Peninsula. The field is located 30 km from the coast of the Ob bay, and oil is transported by pipeline to Cape Kamenny where a terminal facility is being developed. The existing pipeline has a 600,000 tons capacity per year. That will be increased to 5,5 million tons as soon as a second pipeline is built. Project operator Gazprom Neft started construction of the pipeline in January this year and the field is planned to be in full production in the course of the year, the company infoms.

The Novoportovskoye oil will be transported out through the Ob Bay and to Murmansk, as well as eastwards along the Northern Sea Route.