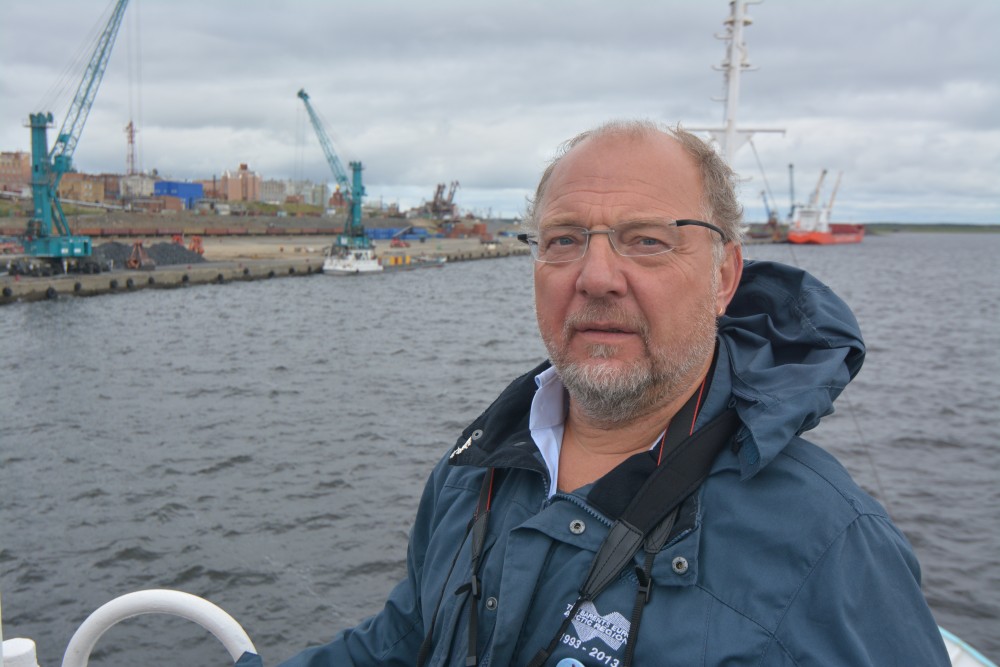 New licenses in the Barents Sea open up for a comprehensive energy cooperation between Norway and Russia, Kirkenes Mayor Rune Rafaelsen argues.
By

The flags were waiving in the Arctic winds in front of the Hammerfest town hall as Minister of Petroleum and Energy Tord Lien was in town today to present the list of new Arctic license awards.

Among the winners of the ten new licenses with a total of 40 blocks is Russian oil major Lukoil. The company gets a 20 percent stake in two license blocks located directly along the Norwegian-Russian maritime border.

According to Rafaelsen, the high-profile town mayor of Kirkenes, the license round should be used as opportunity to strengthen energy cooperation with neighboring Russia.

«In a peace perspective, it is of significance for both countries to develop this kind of energy projects», Rafaelsen said in an address delivered in Hammerfest.

Both Rafaelsen and Hammerfest Mayor Alf E Jakobsen were given the word after the minister’s presentation of the new license round.

According to Rafaelsen, Russia and Norway can establish an energy partnership based on experiences from the two countries’ comprehensive fisheries cooperation. Since the early 1970s, the two Arctic neighbors have managed the rich regional fish stock based on a management regime supported by the Joint Norwegian-Russian Fishery Commission.

«In the Cold War period, Norway and the Soviet Union managed to agree on major joint projects within hydro energy development and fisheries management. Now, we should do the same within hydrocarbons», Rafaelsen says to the Barents Observer.

He argues that the there is little risk included in exploration along the border, and that potential conflicting issues are carefully addressed in the Norwegian-Russian delimitation agreement from 2011.

«It will be challenging, but it is fully possible».

The announcement of the new Arctic license awards comes as Norwegian Prime Minister Erna Solberg during her recent visit to Washington DC signaled a commitment to seek cooperation with Russia in the High North.

«We have a long history of cooperating with Russia in the High North, even in times of political differences», she Solberg said.

In Solberg’s talks with Obama, a stress on Arctic cooperation