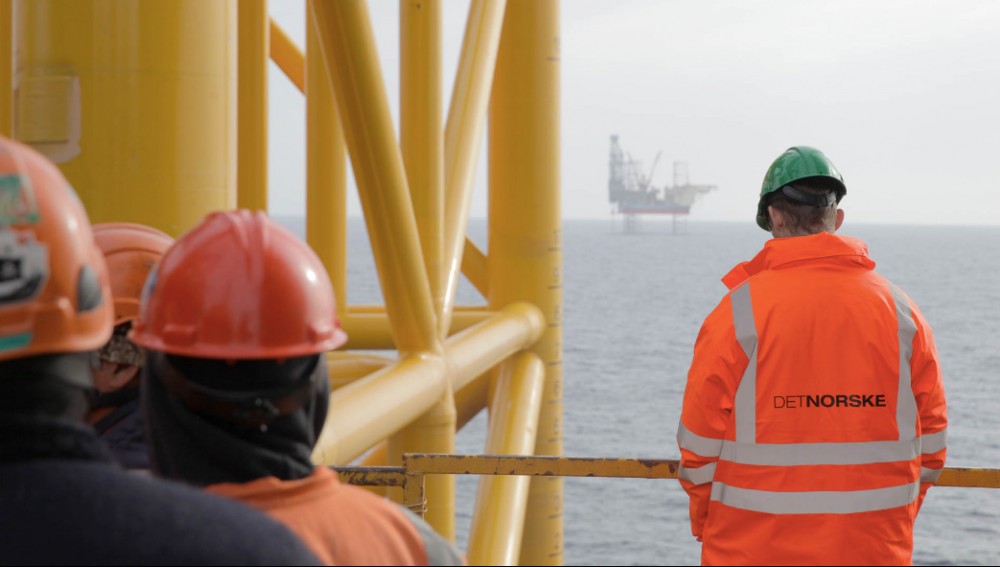 Company Det Norske gets operatorship in license PL858 along the border to Russia. Photo: detnor.no

This is politics from the top shelf, a Norwegian oil and gas expert says about the new Arctic licenses issues by Norway.
Read in Russian | Читать по-русски
By

The Nordic country pushes the limits as it moves its oil industry into new previously untouched Arctic areas.

The 40 new blocks issued as part of the 23rd License Round includes areas located further north and further east than ever before on the Norwegian shelf. Among them are blocks located directly along Norway’s maritime border with Russia.

«This is top politics», Johan Petter Barlindhaug says to the Barents Observer. «The closer to Russia, the more politics», he maintains.

The Norwegian analyst and businessman argues that Norway must proceed with its plans in the area despite current sensitivity in relations with the big neighbor.

According to Johan Petter Barlindhaug, a major oil discovery in the license area would significantly strengthen the role of Lukoil in the region. «It would give the Norwegians a Russian on their side», he adds, and refers to the fact that Lukoil is currently not allowed to operate in Russian waters.

According Daniel Fjærtoft from the Sigra Group, this is what makes license PL858 interesting.

«The PL858 is exciting because Lukoil is not approved for offshore projects in its Russian home marked. If a discovery is made [in the license area] it will be a paradox that Russian private capital appears welcome in Norway, but not in Russia».

Also Arild Moe from the Fridtjof Nansen Institute sees the inclusion of Lukoil as a cooperative approach from the Norwegian side.

«Lukoil’s participation can be seen as a signal about a desired commercial cooperation with Russian companies despite the current limitations on the Russian shelf because of the sanctions», he says to the Barents Observer.

The areas in question were delimitated only in 2011, and are considered highly prospective. Bente Nyland, the leader of Norway’s Petroleum Directorate, in 2012 admitted that seismic data from the area gives her «stars in the eyes».

Some oil experts belive the area could hide «an elephant». Most of the resources in the area is believed to be gas.

The border delimitation agreement from 2010 lays down detailed procedures for cross-border activities in the area. If hydrocarbons are discovered on one side of the border, the other side will have to engage if a field is to be developed.

On the Russian side of the border, state company Rosneft holds the Fedyinsky license in partnership with Italian company Eni.

How Arctic shipping could boost Canada’s trade relationship with Asia