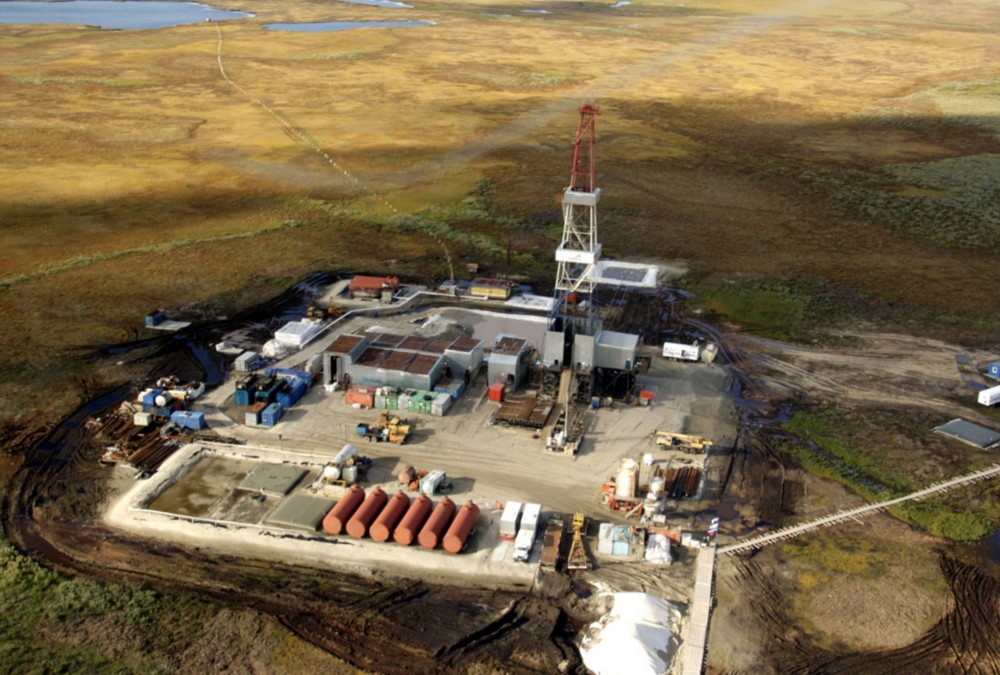 The Trebs and Titov fields are among the major new production sites on the Nenets tundra. Photo: Bashneft.ru

Up 11 percent from the same period last year.
By

Figures from oil producing companies in the Nenets Autonomous Okrug show that a total of 6,6 million tons were extracted in the first five months of the year. That is an increase of 658,000 tons, or 11 percent, compared with the same period last year, regional authorities inform.

A major share of the oil is pipelined to the Varandey terminal on the Pechora Sea coast. Figures from the Russian Association of Sea Trade Ports show that Varandey in the period January-May 2016 increased out-shipments by 23 percent year-on-year to a total of 3,3 million tons. That oil is today sent to Murmansk or neighboring Norwegian port of Kirkenes for reloading.

The growth comes with bigger production of Bashneft-Polyus, the company which is operating the Trebs and Titov fields. In addition, Rosneft is increasing production at its Labagansky field. So is also Rosvietpetro at the Visovsky field and Lukoil-Komi at its Kharyaga, Oshsky and Rossikhina fields, the Nenets government informs.

There is also growing production at the offshore Prirazlomnoye field. Project operator Gazprom Neft intends to increase annual field production to five million tons by year 2020. In 2015, the Prirazlomnoye platform produced more than 800,000 tons of oil.