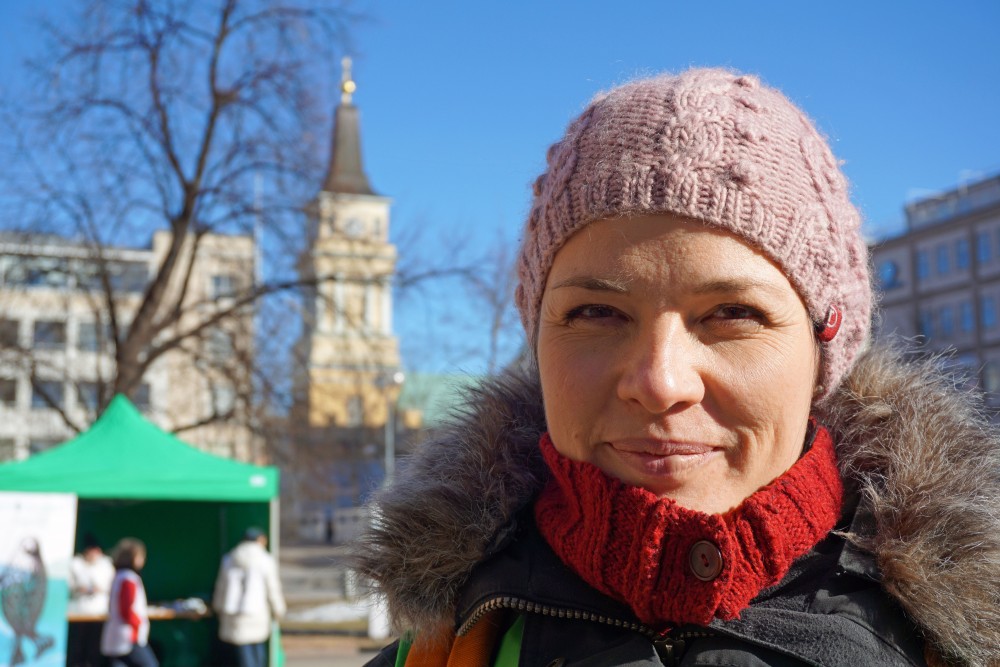 Parliament Member Hanna Halmeenpää is not confident that Fennovoima's Russian designed reactor will provide stable electricity prices for a 60 years period.
By

”Construction of the actual nuclear power plant at Hanhikivi Peninsula will start in 2018, after the Finnish Government has granted the construction license,” informs Heli Nikula, Communication Manager in an email to the Barents Observer.

Hanhikivi-1 nuclear power plant is due to provide Finland with about 10 per cent of its electricity when operation starts in 2024. The first trees are already cut down at what will be the construction site south of Oulu in northern Finland.

With an estimated price tag of €6,5 to 7 billion, the project is by far the most expensive single industrial investment ever made in the Barents Region.

“To me it seems very unlikely that Fennovoima’s nuclear power will be economic. The shareholders should be worried about this, especially because Fennovoima promises its owners low cost electricity based on €50/MWh,” argues Hanna Hameenpää, representing Finland’s Green Party in the Parliament.

Heli Nikula says the €50/MWh is a maximum price. “Over time, the price will typical fall.”

Fennovoima will sell all the electricity it produces at cost to its owners in proportion to their shareholdings.

“The operating life of the Hanhikivi 1 power plant is 60 years. No one can give a reliable prediction of electricity’s market price for that time. Fennovoima’s owners need electricity at a reasonable and stable price; the long operating life makes it easier to forecast the costs of producing electricity for decades to come,” adds Heli Nikula.

He says the price includes all operational costs including fuel and nuclear waste management.

Fennovoima’s Russian state-own shareholder Rosatom will supply both the 1,200 MW water-cooled reactor and the assemblies with uranium during operation lifetime. Rosatom’s Finnish subsidiary RAOS Voima owns 34 per cent of the shares Different Finnish energy and industrial enterprises own the rest.

“Fennovoima has a fixed price, turnkey contract with the plant supplier, RAOS Project Oy, which is a Finnish subsidiary of Rusatom Energy International, Nikula explains.

Uncertainty on price for waste disposal

Hanna Halmeenpää believes the cost estimates are far from realistic.

“For instance, they have probably not calculated any costs for the possibility where Fennovoima should build its own storage for highly radioactive waste.”

Fennovoima is currently negotiating a deal with Posiva, a company owned by Finland’s two other nuclear power plants responsible for final disposal of spent nuclear fuel. If no deal is agreed, Fennovoima will have to present an environmental risk assessment study for creating its own repository.

Exporting spent nuclear fuel back to Russia’s for reprocessing was banned by law in Finland in 1994.

“Before that, officials can’t start to evaluate and consider Fennovoima’s application for a construction license.”

“Construction will start in 2018,” assures Heli Nikula. He, however, admits a favourable statement from STUK is a prerequisite for receiving a construction license.

“Of course, it’s on our responsibility to submit the needed documentation in time,” Nikula adds.

Price of power on the Nordic electricity pool has plummeted over the last year and costs of installing renewable energy like wind and solar drops significantly.