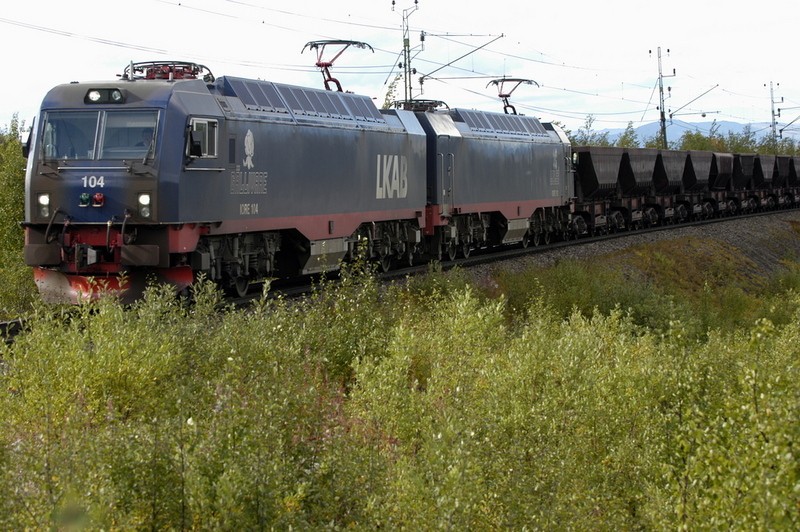 LKAB transports its iron ore by railway to the port of Narvik. Photo: Thomas Nilsen

Deep crisis in the international iron ore industry notwithstanding, Sweden’s biggest mining company prepares the ground for a major expansion of output.

With the new harbor in Narvik, LKAB will be able to ship out up to 30 million tons of ore per year, the company informs. That is an increase of about 50 percent from the current level.

LKAB has over a number of years invested big money in Narvik. Only the construction of Harbor No 7, the last investment, has a price tag of about 1.1 billion SEK (€118 million), the company informs.

The new piece of infrastructure will be officially opened on June 13th, the company informs.

«It feels really good to be able to launch this new milestone in the ore port’s history, leader of LKAB  Norway Jacob Steinmo says in a press release.

Figures from the company show that iron ore production in the company’s core areas in northern Sweden in 2014 exceeded 21 million tons, a historical high. The ore is transported by rail to Narvik from where it is shipped out to the world market.