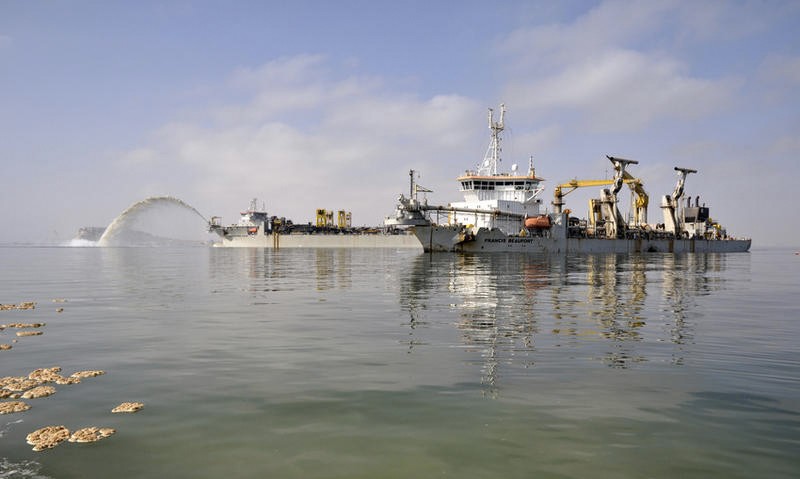 The "Francis Beaufort" is one of the dredgers currently engaged in the Ob. Photo: Jandenul.com

Dredgers daily remove 320,000 cubic meters of sea bottom from the Gulf of Ob as local sea port Sabetta is preparing for full-scale launch.
By

A fleet of 20 vessels are now involved in the major dredging operations in the Ob. Among them are eight different dredgers, eight barges and four support vessels, Rosmorport informs.

According to the company, a state-owned enterprise, the vessels have over the last two weeks removed a total of 3,223 cubic meters of the local sea bottom.

The dredging is conducted as the Sabetta port is made ready to handle large-scale ships.

About 15,000 people are currently working with the development of the port and the nearby Yamal LNG project. Already in 2017, both plant and port are to be ready for operations, project developers say.

The Sabetta port will have an annual capacity of up to 30 million tons.

While the Yamal LNG project is developed by Novatek together with several foreign partners, the Sabetta is a joint project of Novatek and the Russian federal government. The Yamal LNG plant is to deliver a total of 16,5 million ton of liquid gas per year. That will be shipped to the world markets both westwards and eastwards along the Northern Sea Route.