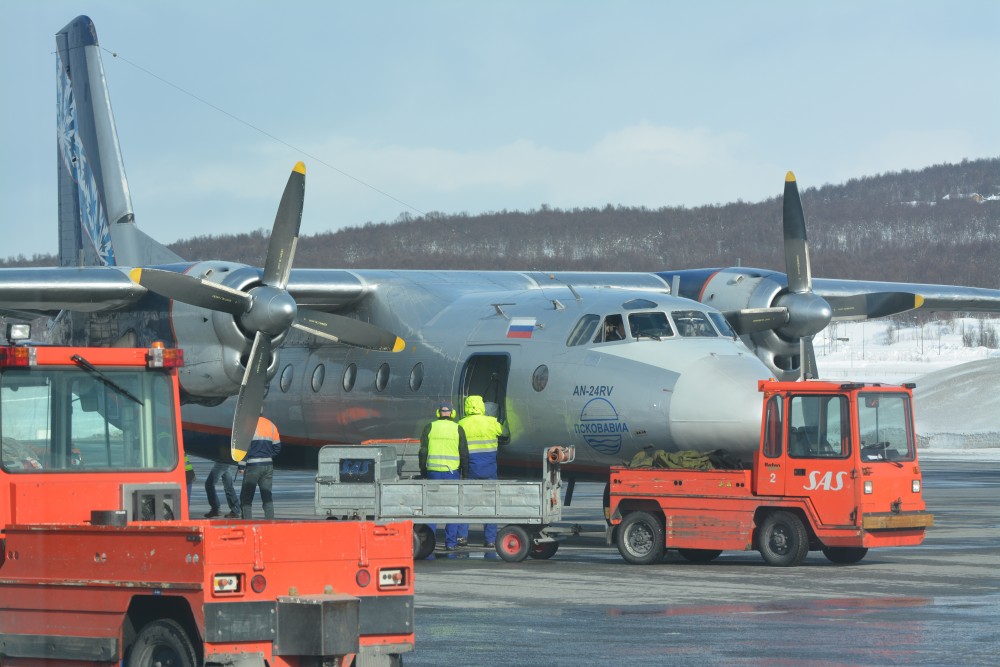 Pskovavia operated on behalf of Nordavia the flights from Arkhangelsk, via Murmansk, to Tromsø until 2014. Photo: Thomas Nilsen

The Arkhangelsk-based airliner mulls new planes and low-cost model.
By

“Nordavia may resume flights from Murmansk and Arkhangelsk to Tromsø, as well as a new flight to Finland,” says Vladimir Gorbunov, CEO of Nordavia to Kommersant.

He says reopening of the Tromsø route will be decided within some few months and depends on when Nordavia receives the two twin-turboprop ATR 42 planes in order.

Nordavia shut down it’s previous flights to Tromsø in October 2014 after a troubled dispute with Norwegian aviation authorities on the terms of licence for the Pskovavia operated An-24 aircrafts.

In a recent meeting with the head of Nordavia, Orlov said interaction with the airline is of strategic nature.

“For us everything that happens with Nordavia is important. The airline brings quality of life to the region. North is impossible to imagine without air transport,” Igor Orlov said according to a report from the meeting.

Today, Nordavia has a fleet of nine Boeing 737s. With recently refurbished cabins that got rid of business-class and now have single-class 135 seats, the aircrafts are too big for the demand on a possible Tromsø route.

The Italian-French built ATR-42s have seating, which varies from 40 to 52 depending on the model. That is same size at the former An-24 aircrafts flying the route to Tromsø.

While Red Wings has a route network in southern Russia, Nordavia mainly have flights from northwestern Russia.