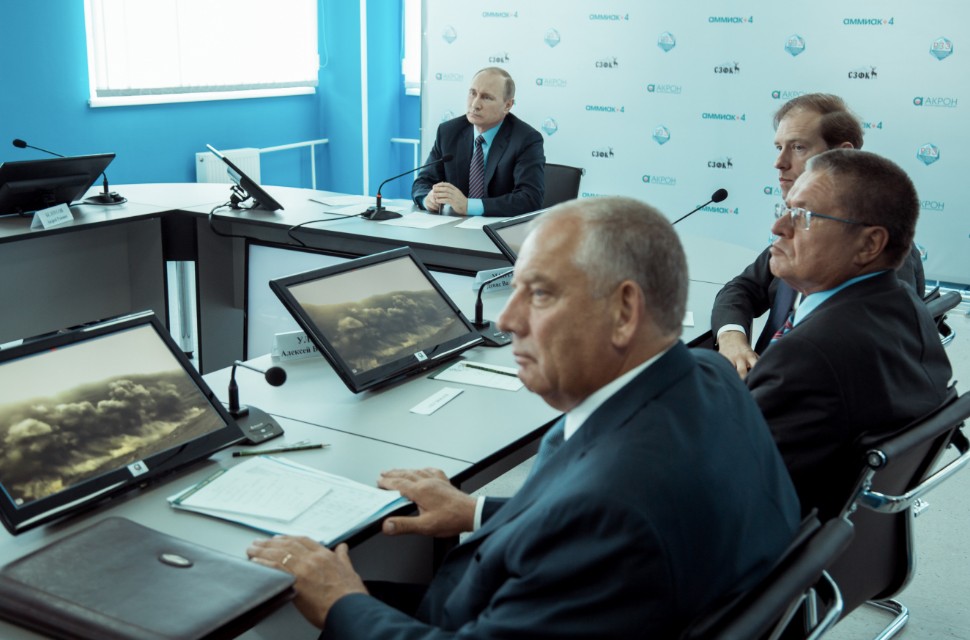 The president visits Russian fertilizers producer Acron as the company reaches peak production at its new open pit in Kola Peninsula.
By

During his visit to Acron headquarters in Novgorod on Friday, President Putin on a video link to the Kola Peninsula witnessed a blast in the company’s open pit in Oleny Ruchey, the regional mine and processing plant.

Oleny Ruchey is reported to have reached its peak production of 100,000 tons of apatite ore per day. The mine, which was opened in 2012, is operated by Acron subsidiary Northwest Phosphorus Company. A total of 1,700 people now work in the mine, located in the Khibiny mountains, near the town of Kirovsk.

In addition to the open pit, the Oleny Ruchey will get an underground mine. That is under development and is planned to open in 2017, the company informs. The combined output will reach six million tons of ore by year 2023.

A total $1 billion has been invested in the project, the miners told Putin.