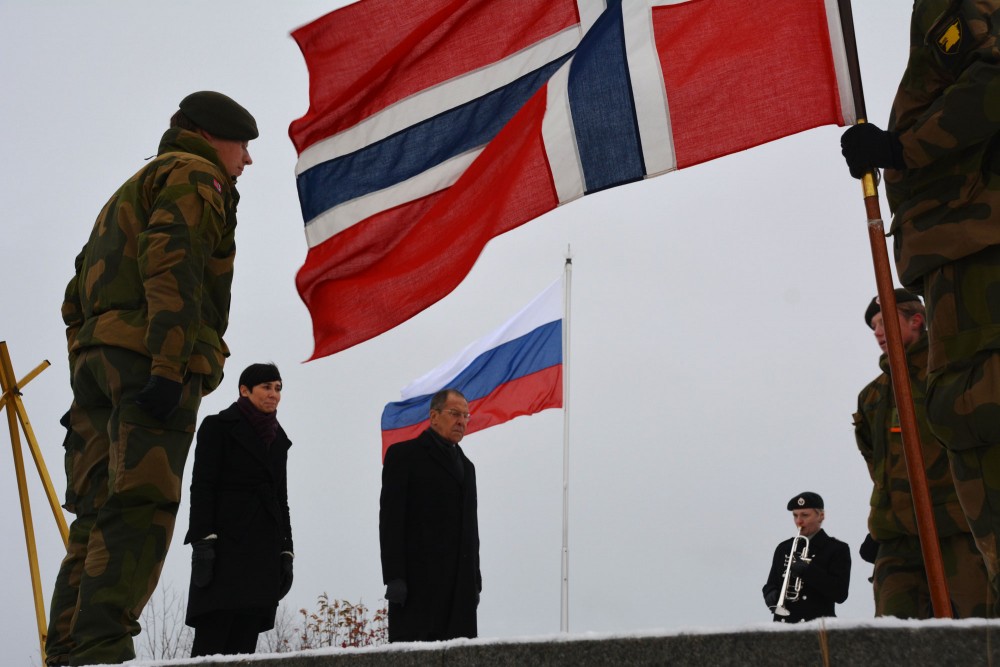 It is a week full of commemoration activities in the town located only few kilometers from the Russian border. On the 25th October 1944, Soviet forces pushed Nazi German troops out of the strategically important town that for more than three years had served as Hitler’s bridgehead in the advance on Murmansk.

Troublesome bilateral relations were put aside and strong historical bonds brought to the forefront.

«Norway will never forget the war efforts of the Soviet army, we know the kind of victims and losses it took,» King Harald said in his speech at a ceremony on the central town square. «The many solders that fought on the Soviet side are also our heroes», he underlined.

He also highlighted the importance of cooperation.

«We have always put our common interests in the center. In this way we have built a cooperation that is to the benefit of both countries despite the fact that we sometimes have chosen different paths,» the King said.

There was big excitement connected with the bilateral meeting held between the two countries’ foreign ministers, but the joint press conference held after the meeting revealed little new information.

Eriksen Søreide and Lavrov did not mention Svalbard, nor touch on Arctic developments like climate change, militarization or the Northern Sea Route.

Both ministers, however, made clear that there is understanding between the sides that Norway is not going to have any NATO bases in its north.

Sergey Lavrov ahead of the meetings published an article in newspaper Aftenposten where he said that there is a dialogue between the sides that «has certain positive dynamism».

According to the foreign minister, contact between state authorities is being re-established and trade is on the increase.

«I expect that we with common effort can bring our relationship onto a path that points forward, it would benefit both of our states, our populations and the whole Euro-Arctic region.»

The positive trend was noted also by the country’s Ambassador to Norway Teymuraz Ramishvili, who in a speech made at a local history conference said bilateral relations now are «moving in the right direction.»

Also Norwegian Defense Minister Frank Bakke-Jensen was in Kirkenes this week where he opened a conference devoted to the Soviet liberation of Kirkenes and the Eastern Finnmark region.

The minister who recently has criticized Russia for its military buildup in the North, including its major exercises in the immediate vicinity to Norwegian territory, during his visit downplayed current tensions between the countries.

«Commemoration of the war is very important, it helps us put a face on history and helps give history bigger value,» Bakke-Jensen told the Barents Observer.

«It also gives us the opportunity to focus on the development of relations between our countries, and we have developed a lot of good things together after the second world war, and what is good is often worth taking care of.»

According to the defense minister, Norway is working on several fronts to develop its current bilateral relationship to Russia. International law serves as the basis for those efforts, he underlines.

«The rule-based world order that has been developed after the world war has served us very well. We are a small country that leans on those international institutions and for us it is important to work in all fora to preserve this order and support those institutions

Demoracy and human rights are the key issues, he explains.

«It is always important to highlight that what we have developed after 2WW are very basic rights. And when I meet with young people I often tell them that those rights were not there during the 2WW. You could not write whatever you wanted, not sing what you wanted, not even fall in love in whoever you wanted.»

«Rights that we today take for granted were won after the 2WW and this we must take good care of,» Bakke-Jensen underlines.