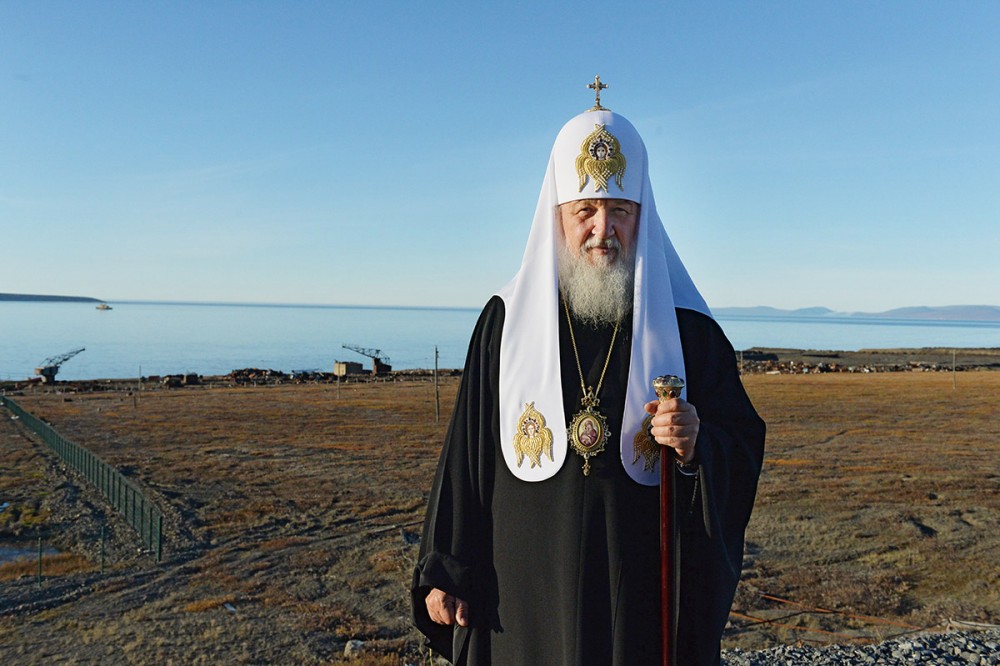 Patriarch Kirill makes his fourth visit to the Russian Arctic in less than three months. This week, the turn had come to Pevek, the east Arctic settlement.
By

The Russian Orthodox church leader brought with him both high spirits and lots of cash when he on Tuesday arrived in Pevek, the far Arctic town located near the Bering Strait.

Among the Patriarch’s announcements was the decision to build a 30 meter high wooden church building. It will have space for 300 people and be built on pillars planted in the local permafrost, Kirill told locals in an address.

«I believe that your lives little-by-little will change for the better with the construction of this church», the prelate underlined. «This is very important, because all northern Russian tows, among them Pevek, absolutely have a future».

«I very much hope that the looks of the town will improve after the construction of the church, that is simply an esthetic necessity», Kirill underlined and added that many other towns have experienced an upswing in local appearance after the building of a new church.

The Patriarch after his visit to Pevek proceeded to Anadyr, the administrative center of the Chukotka Autonomous Okrug.

The visit to the Russian east Arctic is the church leader’s fourth visit to far north in less than three months. In July, he paid a visit to Vorkuta and the Komi Republic. That was followed by a visit to the Kola Peninsula and Taymyr in August.

The greater church interest in the Arctic was in 2011 followed up with the establishment of the Naryan-Mar diocese, which includes the archipelagos of Novaya Zemlya and Franz Josef Land.

Pevek is considered the northernmost town in Russia. It is part of the diocese of Anadyr, the church region which includes all towns and settlements in Chukotka.

The town has experienced massive out-migration since the late 1980s. Today, about 4,500 people live in town, down from more than 12,000 in 1989. Pevek was established in 1933 as a key point on the Northern Sea Route and the opening of a nearby mine.

Lately, the town has pinned great hope to the vitalization of the Northern Sea Route and the Russian Navy’s establishment of new and upgraded Arctic bases.