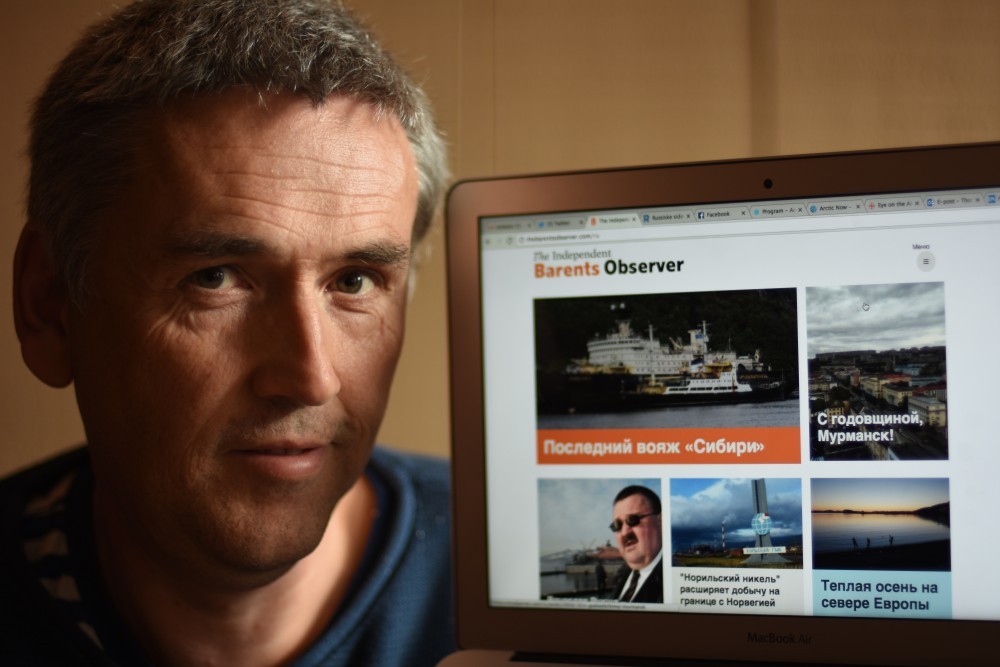 Unbiased news making for Russian readers is a core part of our work, says Editor Thomas Nilsen.
Read in Russian | Читать по-русски
By

After a one-year break, the newspaper is back with a Russian-language site. From Friday this week, you can find all the Barents Observer stories in both English and Russian.

“This is an important milestone for the Independent Barents Observer”, says Editor Thomas Nilsen. “We treasure the possibility to again deliver articles in the Russia language, it enables us to reach out to a wider audience with our objective news”.

Launched independently in October last year, the Barents Observer has worked hard to be able to relaunch the Russian version. With support from the Norwegian Ministry of Foreign Affairs, the newspaper now finally goes online with Novosti po-russki.

“Many of our readers from Russia have asked us when we will be back online in Russian. And here we are, finally, ready to boost cross-border information flow in two languages,” he adds with enthusiasm.

The Independent Barents Observer is fully owned by its reporters, and follows the principles of the Norwegian Rights and Duties of the Editor, the Code of Ethics of the Norwegian Press. Its journalism is not under control by regional county authorities in northern Norway, nor any other authority or external interests, the newspaper writes about itself.

Originally, the Barents Observer produced in both English and Russian since 2003. That, however, was halted in late 2015 as the newspaper came under attack from its owners. Nilsen was fired and the remaining journalists collectively broke out.

The relaunch of the Russian site comes exactly one year after the journalists establish the Independent Barents Observer.

“We highly value our independence and strive to provide impartial, verified information about the Barents Region, the Russian north and Circumpolar Arctic”, Editor Thomas Nilsen says.