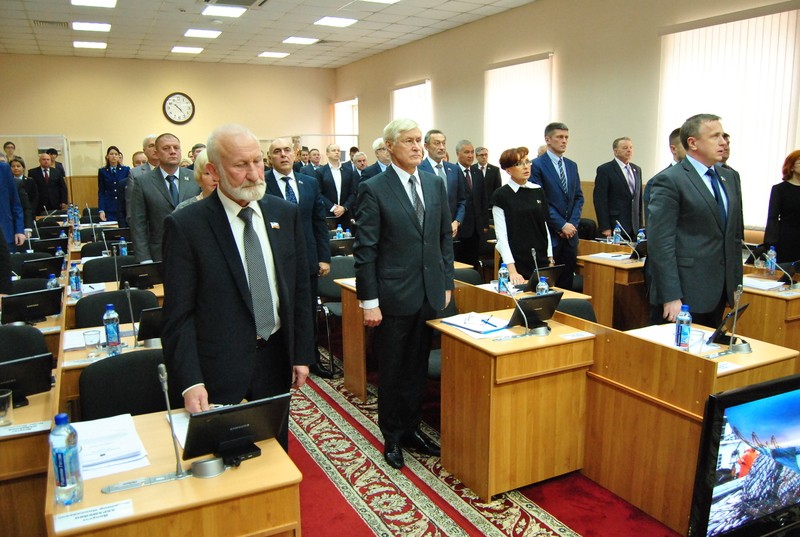 It is headed by a former submarine commander and overwhelmingly controlled by the United Russia party.
Read in Russian | Читать по-русски
By

The regional parliament in the Russian Arctic region on 5th October convened for the 6th time, now with a crew even more dominated by United Russia than before. Of the 32 deputies, as many as 25 represent the government-ruling party.

The legislative assembly will have four party fractions and nine committees. Seventeen of the duma members have previous experience from the assembly, the Duma press service informs.

The 18th September elections were a sweeping success for United Russia, which won 40,8 percent of the party votes and captured all the 16 single-mandate constituencies. The Liberal Democrats got 21,8 percent and four mandates, while the Communist Party won 12,6 percent (two mandates) and the A Just Russia got 10,6 percent (one mandate).

The assembly is chaired by Sergey Dubovoy, the long-time former Mayor of closed military town Vidyaevo. In Soviet days, he headed the powerful Vidyaevo submarine base. He also himself served several years on submarines, including as ship commander.

The First Deputy Speaker of the new duma is Vladimir Mishenko, the regional assembly informs.