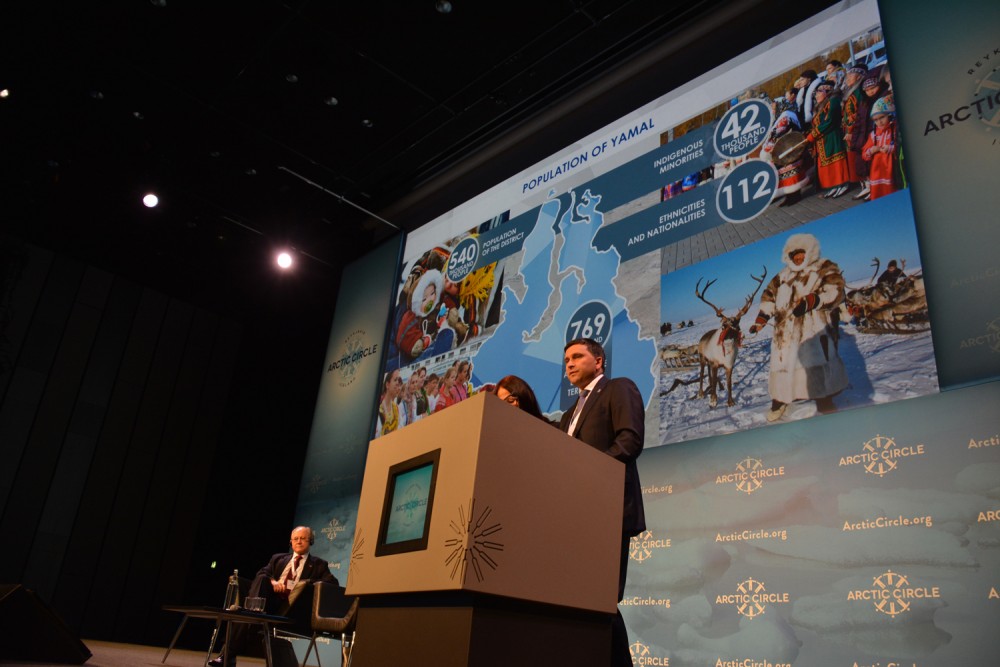 While neighboring Arctic regions experience massive population decline, the Yamal Nenets has been through a five-fold demographic increase in less than half a century. «It is unprecedented», says regional Governor Dmitry Kobylkin.
Read in Russian | Читать по-русски
By

It was originally the indigenous Nenets people who ruled over the wide-stretched tundra lands of the Yamal-Nenets Autonomous Okrug. Huge flocks of reindeer were brought along the coasts of the Yamal and Gydan peninsulas and into the lands between rivers Ob and Yenisey, an area 50 percent bigger than France.

Then, the huge natural gas resources were discovered and things started to change.

While all of Russia’s other Arctic regions have experienced major decline in population, the Yamal Nenets has gone from about 60,000 people in 1960 to more than 530,000 in 2016. The Nenets reindeer herders were soon outnumbered by oilmen from the south.

«No other Arctic region has been through anything similar», Yamal-Nenets leader Kobylkin said in this week’s Arctic Circle, the annual conference held in Reykjavik, Iceland

Pressure on regional environment is massive. However, Kobylkin argues that the industrial developments are not interfering with the traditional lifestyles». On the contrary. Also the indigenous population is increasing, over the last 10 years with as much as 11 percent, he said in a presentation on Friday.

«And 40 percent of them still engage in traditional reindeer herding», he maintained. The Yamal-Nenets reindeer flocks count up to 700,000 animals, the biggest number in the world.

Meanwhile, industrial developments in the region continues to expand. New oil and gas projects are under development both in the Yamal Peninsula and the neighboring Gydan. Also the shallow waters of the Gulf of Ob are becoming subject to Russian oilmen’s exploration.

Developments in the Yamal Nenets region stand in sharp contrast with other Russian Arctic regions. In Murmansk, regional population has shrunk from almost 1,2 million in 1990 to 760,000 in 2016, and in the Komi Republic from 1,25 million to 860,000.

The Yamal-Nenets per capita GDP now amounts to about 3 million ruble, which is about nine times as high as Murmansk and other Russian Arctic regions. Only the neighboring Nenets Autonomous Okrug can match the results of Governor Kobylkin, figures from the Russian Statistical Service, Rosstat, show. There, the per per capita GDP in 2014 was more than 4,2 million rubles, the highest in the country.